Suddenly get really good at football: Scotland's routes to qualification

SCOTLAND’S hopes of qualification hang by a thread. Which of these miracles could see them get through to the next round?

Suddenly get really good at football

There are other factors – the pitch, the support, the mentality – but ultimately the easiest way to win at football is to be better at football than others. Scotland have the whole day to become more adept than Croatia at hoofing a ball into a net and they’ll sail through.

If Croatia threw in the towel then Scotland would beat the group stage for the first time by default and a whole nation would dance in the streets to an administrative decision. Unlikely and would only happen if players were, for example, terrified of catching a killer virus from their opponents.

Invent a new style of play

Spain shook football with tiki-taka and Germany achieved great success with gegenpressing, so all Scotland has to do is invent a brand new and highly effective playing style by this evening. Thinking caps on lads, time’s ticking. Yeah, a couple of cans probably would help.

Erect a Perspex screen in front of their goal

David Marshall did pretty well against England’s single shot on target last Friday, but a Perspex Covid screen would provide total protection from penalties. If Scotland erect that while demanding Billy Gilmour be replaced by six players who add up to his total value, a win’s in the bag.

Merge with England and Wales

Those bastards have got through, so surely they’re open to teaming up? A new Great Britain team could take two places in the knockout stage, bulking up squads with Scottish players to commit the fouls. This move would surely go down well with drunken supporters up and down the country and bring a newfound strength to the union.

England to strike fear into opponents by scoring second goal 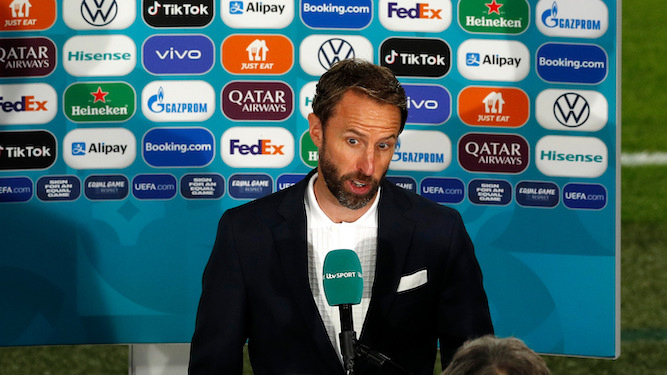 ENGLAND have vowed to strike terror into opponents at Euro 2020 by scoring a second goal.

The goal may come as early as tonight’s game with the Czech Republic or be prudently saved until the next round, but will leave all other countries in fear of the mighty English scoring machine.

Manager Gareth Southgate said: “Really it’s unnecessary. We’ve already got them on the run with Sterling’s 57th-minute goal against Croatia which secured qualification.

“But an extra goal tonight, perhaps even scored by one of our incredible strikers who are the talk of the continent, would shake every other team in the competition to their foundations. They’d be afraid to turn up.

“Imagine Germany facing our rampant two-goals-in-three-games squad, English heads up and out for blood, them paralysed with fear at our positive goal difference. If we have one. We can’t rule out a petty consolation win for the Czechs.

“Either way a goal tonight, or at the very latest in the next game or the one after, will show Europe we mean business. It’s Brexit all over again.”

He added: “Score more than one? Let’s not get ahead of ourselves. We’ll save that for the final.”