THE cocksure, entitled nation of Wales is already arrogantly assuming it will at the very least reach the final of Euro 2020.

Wales has long irritated the rest of the footballing world by acting as if it has some God-given right to triumph in football tournaments and now claims only the cup can make up for last time.

Daffyd Phillips said: “We let ourselves down in 2016. Out in a semi-final to Portugal, for God’s sake? Lesser nations would consider that success. Wales expects better.

“We’re all singing the famous hit Pêl-droed yn dod adref and making hilarious memes about it, telling the manager no excuses, and our tabloids are high on nationalism and acting like we’ve already won.

“Come on, with our players? Bale leading the line? Ramsey finding his shooting boots? Kieffer Moore emerging as the new John Charles? I’d say he’s worth more than Mbappé.

“The country of Tom Jones, Aneurin Bevan and Ioan Gruffudd? We’ll top the group, twonk the Austrians, hammer Finland, knacker France, and in the final sheer Welsh spirit will conquer all. I believe.”

He added: “Good luck with your little game tomorrow. Who knows, you could get a flukey run. England actually aren’t a half-bad side.”

Five films ruined by finding out there's a twist 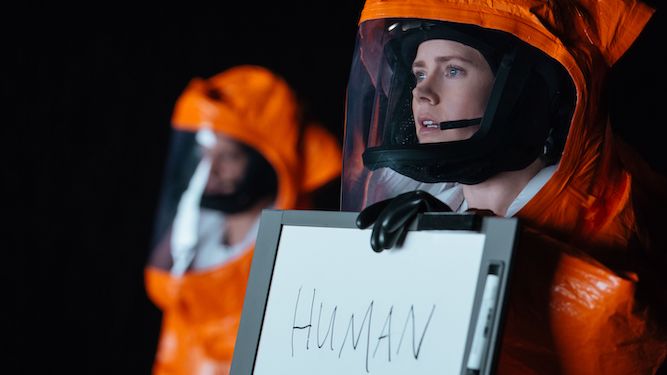 WANT to spoil any potential enjoyment of a movie before you watch it? Find out there’s a twist. Here’s five films with surprises you wouldn’t have seen coming, but now definitely will:

Just saying that this isn’t a normal alien invasion flick ruins this film. First because you know Amy Adams and Hawkeye aren’t going to tool up and kick butt, and second because you’ll be scanning every sad montage for clues instead of enjoying the freaky aliens in their Terry’s Chocolate Orange-segment spaceship.

Brooding private investigator Leonardo DiCaprio tries to find an escaped psychiatric patient, but there’s a twist. A twist you’ll spot, reject as f**king stupid because it would make the whole movie a heap of shit, and then watch slowly unfold in disbelief. Look out for it.

Oh, the hype around this M Night Shyamalan film when it first came out. Who are the hooded monsters attacking this olde worlde village and its sexy, God-fearing populace? Will there be a plausible explanation for all the strange goings-on? No. It will be bollocks and you’ll have guessed it.

There’s twists and turns all over this sprawling Christopher Nolan effort about rival Victorian magicians competing to discover who’s the biggest arsehole. And just when you think you’ve followed them all, you reach the big hulking mega-twist in the last five minutes that would require a full rewatch to work out if it’s even plausible.

A slimy man’s hot wife goes missing and – surprise surprise – all is not what it seems. You’ll be on the edge of your seat waiting for Rosamund Pike to appear so you can stop staring at Ben Affleck’s gormless hunkiness. The twist is literally the only good bit, and you knew it was coming so none of it’s any fun at all.