Bristolian can turn anything he touches into a bong

A BRISTOL stoner possesses the uncanny skill of being able to turn any object he encounters into a bong.

Skunk enthusiast Jordan Gardner, aged 24, is able to improvise an entirely functional bong from any inanimate object in seconds, whether it is a pepper mill, a VHS cassette or an ornamental statuette of a rearing horse.

Acquaintance Lucy Parry said: “Jordan’s not good at much. He’s lost every job he’s ever had and he’s the worst DJ I’ve ever heard. But when it comes to bongs, he’s Isambard Kingdom Brunel.

“Give him a bag of weed and a melon, and within seconds it’s a professional smoking set-up to delight even Snoop Dogg. He sees smoking potential the rest of the world is blind to.”

Former boss Tom Logan agreed: “One time a customer left their bicycle helmet under a table. Within five minutes Jordan turned it into a sort of head-mounted hot-box.

“When the customer came to get it back, she was more impressed than annoyed. I think she said he was like a ‘stoned McGyver’. Even as I fired him I was shaking my head in reluctant admiration.”

Gardner said: “It’s like, only our limited consciousness and like, social conditioning, that prevents everyone from looking at a sandal, Toyota Yaris or Clifton suspension bridge and realising you could smoke through it. You just need to open your mind to the bong possibilities of the universe.” 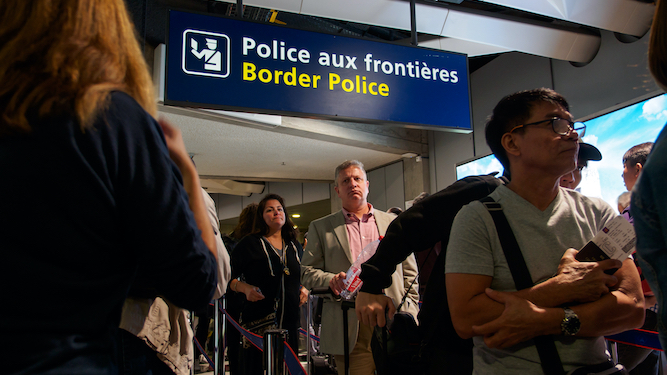 GOING on holiday’s become a right twat after Brexit. Nothing to do with us – it’s because jealous Euros have made up bollocks rules. Leave voter Martin Bishop explains:

Cash to cover your stay

To get into Spain – Spain, of all places, the most British of all hot countries – you need to prove you’ve got £85 spending money per day. You what, Miguel? I spend that on lager alone. They said it’s a standard rule applying to all third countries. My arse we’re a third world country. It’s just an excuse to call Britons dossers.

The frogs being off sick

Those Dover queues? Caused by vomiting Frenchmen apparently. On strike more like, stopping us driving through their shitty country on the way to somewhere better. They just can’t move on from needing rescuing in WW2 because they’re all girly little pants-wetters whose great-grandmothers shagged the Wehrmacht. Pathetic.

Some obscure EU rule, which we only have to follow due to the technicality of them still running their own countries, says passports must be in date. You’d think they’d bend the rules for the British. We’re the most trustworthy nation in the world. We invented football and cricket.

Taking it out on innocent dogs

Pet passports are no longer valid because their dirty mutts have got rabies. It’s just bullying innocent doggies who can’t even buy Pedigree Chum from Asda on their own, even if you send them down there with a fiver under their collar. I’ve had to leave my staffie Bronson with my 82-year-old mother in her sheltered accommodation. They only do it because they know we’re a nation of animal lovers.

You’ve got to show a return ticket

Another insult. Do they think I’m some migrant from Syria sneaking in for free pizza and a 65in Smart TV? I told the woman at customs I was only visiting her nasty little country to get a tan. I gave those continental bastards a bloody good talking to as they quadruple-checked all my documents and baggage for three hours.

I’m hearing a lot about stamping passports delaying people. Why don’t we just get the stamp pre-printed on passports at the factory? All my mates down the Leather Bottle agree it’s the obvious solution. You see, this is why lesser races like the Europeans are envious of our natural ingenuity.