Woman making it sound as if she worked for her inheritance

A WELL-OFF woman is making it sound as if she worked hard to inherit a generous cash sum from her grandparents.

Helen Archer contributed zero time or effort to the thousands of pounds she has been gifted, yet acts like every single penny were the result of her own tireless graft.

Friend Lauren Hewitt said: “Why do good things always happen to lazy people? Not that I’m saying her grandparents dying is a good thing, but you know what I mean.

“I was sad for her when she told me they’d finally snuffed it, then I was upset on a karmic level when she showed me what they left her. I’ve never seen a cheque with so many zeroes.

“I wouldn’t mind if she’d been a devoted granddaughter, but as soon as they went into hospital she drew up a spending plan. And when she learned they’d passed on she punched the air and shouted ‘ka-ching!’”

Archer said: “I toiled night and day to win the genetic lottery and get born into money. If you can’t do the same it’s because you’re feckless and idle. There’s really no excuse.” 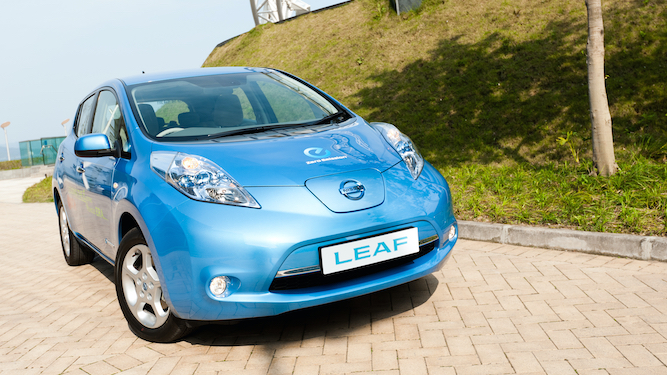 THE silent smugness of an approaching electric car can scare you shitless. What sounds could be added as a warning?

Adding a plinky-plonky medieval ditty used by ice-cream vans would be a pleasant way to alert people to the approach of an electric car. On the downside, it could attract children banging on the windows demanding Nobbly Bobblys and generating entirely the wrong type of attention envisioned when buying a Tesla.

Adding the sound of a real car would be boring, so to prevent pedestrians being caught unawares electric cars could emit the ‘phut-phut’ noise of a circus clown car, complete with a parping comedy horn. This would dissipate creepiness, and satisfyingly puncture the smugness of the driver who thinks they’re special because they can afford to blow £20,000 on a car.

The bucolic sound of clip-clopping horses would make a long trip up the M6 feel like a nostalgic journey into an imagined past when times were simpler. Probably the preferred choice of a Brexiter with a Vauxhall Corsa-e, though the Benny Hill theme tune would come a close second.

Coldplay are ecologically minded, except when they’re flying a private jet across the Atlantic to play one song at the BRITs, so it makes sense that electric cars should play their miserable emo-indie hits as they glide along. Who doesn’t want to hear Chris Martin whining out ‘Yellow’ as they walk to Tesco? Well, pretty much everyone.

The theme from Psycho

Why not add some drama to a busy Saturday morning high street by having Bernard Herrmann’s famously frightening theme music wafting from a passing Nissan Leaf. It won’t be much creepier than their current silence and will making queuing for the post office a lot more atmospheric.