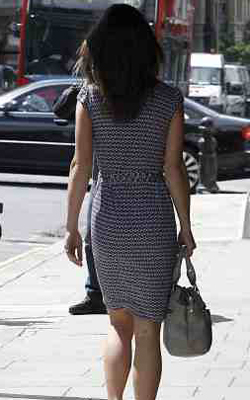 THE design of the new £50 note will replace the first governor of the Bank of England with Pippa Middleton’s buttocks, it has been announced.

Ministers hope that the quasi-royal arse design will boost the economy by causing the easily-impressed UK population to become more diligent in their efforts to acquire the paper tokens.

A spokesman for the Bank of England said: “The economic forecast for the immediate future of the UK is bleak at best.

“Putting the undisputed favourite image of 2011 before the UK’s legion of enamoured Pippa – or Pipsie as I affectionately call her –  followers on the 50 will provide immediate growth in all areas.

“And limitless potential for dubious double entendres like that.”

Shopkeeper Tom Logan said: “Every time I am handed a ￡50 note I will have an excuse to hold an image of Pippa – or Pipple, as I affectionately call her – Middleton’s shapely posterior up to the light and stare at it very hard before pronouncing it genuine.

“I won’t even mind if someone uses one just to buy some 20p crisps.”