A CAT has unveiled plans to totally lose its shit for about 30 seconds before calming down immediately.

Cat Nikki Hollis said she planned to just sit there, as normal as anything, before running at high speed at nothing in particular and then trying to climb up the door and attempt to bite an invisible enemy behind it.

Hollis said: “Contrary to what a lot of people think, being a cat can be incredibly tedious. So every now and again I like to go totally ape shit for no reason.

“If I could use a smartphone I probably wouldn’t do it as often, but science hasn’t quite caught up yet.

“It also applies to my tail  Even though I often clean it, I can also convince myself that it’s a snake. I only snap out of it when I bite my tail and it hurts.

“Imagine being so bored that you go into a sort of masochistic trance. I really need a phone.” 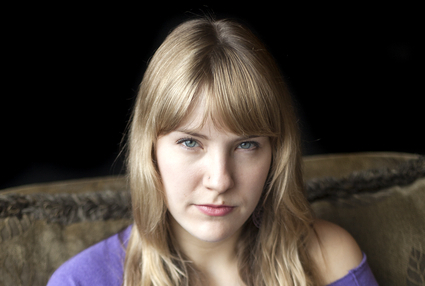 A WOMAN has taken a punt on saying ‘yes’ to a question that she completely missed.

Jane Thomson recently attended a house party and ended up talking to one of her friend’s tedious colleagues. After a conversational wrong turn, Thomson found herself embroiled in a chat about politics that was ‘crushingly dull’.

She said: “He was talking at length about gerrymandering in US voting districts and I found myself unable to focus. Then suddenly it popped into my head ‘Am I speaking to Ballbag Kevin?’”

‘Ballbag Kevin’ is a secret nickname for one of Thomson’s friend’s workmates, who it has been rumoured was once caught texting a picture of his scrotum to a young intern.

Thomson added: “And that one thought just triggered a cascade of questions in my brain. What did Kevin get out of sending the picture? How did he get caught? Is the person I’m talking to even called Kevin?

“My head was abuzz with this chatter and then Kevin, or whoever he was, said ‘What do you think?’.

“He gave me a strange look and then saw someone he knew, or pretended to, and said he had to go. I still I have no idea what happened. Had I just said ‘yes, I like mixed martial arts’, ‘yes, I think incest should be legalised’ or ‘yes, I think Nigel Farage seems like fun’.

“The upside is I don’t think I’ll be getting sent a picture of a ballbag anytime soon”.