Trump to show Boris at Crufts

DONALD Trump is to show his prize British politician at next year’s Crufts.

The US president said he was happy with the animal’s progress and the time was right to display him at the world’s biggest dog show.

Trump said: “Boris is coming along nicely. He’s the perfect shape for his breed and he reacts quickly to my commands.

“He’s not the quickest on his feet, but neither am I so I think we’ll make a great team. I’m sure we’re going to win. Unless the judges are working for the Chinese.”

Boris Johnson, whose ‘kennel name’ is Darius Guppy de Whiff-Whaff, panted excitedly at the news before humping a footstool.

Donald Trump's guide to being the perfect guest 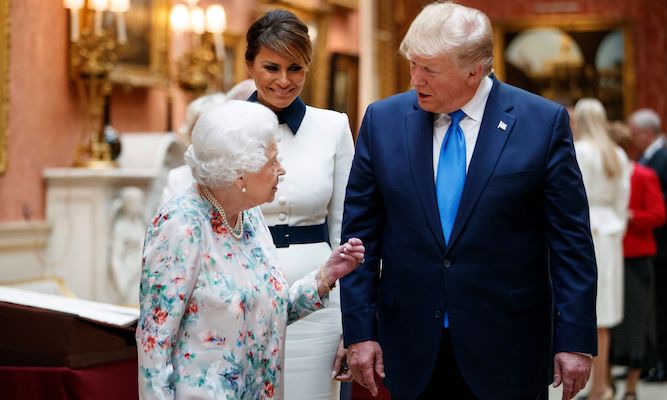 WHEN you’re the world’s most important leader, with the highest poll numbers, everyone wants you to visit their country. I have a very good relationship with the Queen of England. Here’s how:

Britain doesn’t have Twitter. It doesn’t even have telephones. Respect your guests by not using technology they’re not familiar with. If you’ve tweeted ‘Sadiq Khan is a stone cold loser and short! (I’m tall)’ then it won’t appear on the front page of the London Times until Thursday’s edition goes to print.

The mayor of New York, great guy, Ed Koch, Democrat, I used to give him gifts in exchange for building contracts. That wasn’t illegal because now I’m President. Bring gifts now – signed copy of The Art of the Deal, an apartment in Trump Tower, a pure-bred Siberian lynx – then move in and buy England once it’s weak.

Don’t stink out the bathroom

Use the air freshener and open a window if you have to. Buckingham Palace has plenty of bathrooms. Blame it on your weird son-in-law.

Don’t complain about the facilities

In a backward country like Ye Olde England there may not be basic facilities such as Fox News. Instead of complaining petulantly keep channel surfing until you find something educational, like a UFO documentary.

Of course I invite my hosts to stay with me. I have the best manners. Me, Her Majesty Elizabeth, Lord Farage and that Kate, not my type, are going to play golf in Florida.