Ask Holly: I'm trying to squeeze out another boy wizard book so that I can buy Belgium

I’m trying to squeeze out another of my popular range of boy wizard books so that I can buy Belgium. I think I might write about how the main character Harry becomes middle-aged. He’ll stop bothering about all that magic nonsense and start a half-hearted interest in home brewing or gardening and he’ll spend most weekends ignoring his children at soft play or buying sealant from Homebase. Like a prisoner of Azkaban who has had his soul sucked out by a dementor, he’ll be forced by his family to watch Strictly and Bake Off and discuss childcare arrangements and home improvement loans, and as a result spend more and more time in the garage. The end. Any good?

If it wasn’t for Harry Potter, school kids like me would just be reading those Willard Price books where titles are the name of a dangerous animal followed by the word ‘Adventure’. Thank goodness Harry Potter got the nation reading again. Although we don’t actually do any reading in school any more because a government initiative made the entire school open plan and no-one can hear themselves think. 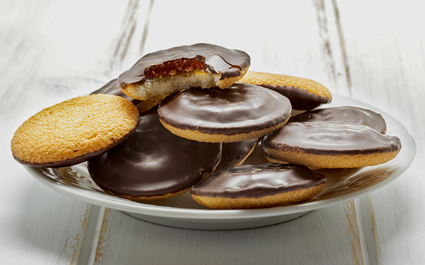 After commenting that he would be prepared to meet with the militant fundamentalists, Smith outlined his plan to ‘warm the room’ with some Jaffa Cakes.

He said: “I’d buy a big double-sized box of Jaffa Cakes, arrange them fetchingly on a plate then ask the ISIS guys whether they reckon they are cakes or biscuits.

“It’s just a good harmless way to get a bit of banter going. I learned it on one of the many team-building weekends I’ve been on.”

Smith added that whether ISIS opted for ‘biscuit’ or ‘cake’, he would adopt the opposite approach to get a discussion going.

“It’s good to play ‘devil’s advocate’ on the Jaffa issue because it keeps the chat flowing. So I’d argue against them. Not too strongly though, for obvious reasons.

“I’d probably close the meeting with a few asides about our respective plans for the weekend, like how I’m off to Pizza Express and they’re going to throw some gay people off of buildings.”