Dear Holly: That jackass Grimshaw has usurped me

I was recently made redundant, only to discover that some wet-behind-the-ears talentless young upstart called Nick Grimshaw has usurped my position. That Radio 1 jackass was still in nappies when I was drinking Capri Sun with Boyzone in the back of a tour bus. No-one knows more about exploiting young people for profit than I, and yet my experience counts for nothing next to that baby-faced DJ twat. How can I murder him live on TV without maiming Rita Ora by mistake?

I feel sorry for the elderly because once you hit 35 you’re basically too old to do most things and you need to stop trying to be young and rad because it’s embarrassing for the rest of us. The good thing is that by your thirties you become biologically predetermined to stop wanting to do fun stuff like ride on roller coasters and go to cool parties that last three days, instead you start to enjoy pointless stuff like a wee sit down, or a rubbish view of mountains and stuff. That’s a good thing, because while you’re having a cosy time looking at rakes in Homebase the rest of us young hipsters can get on with ruling the world. 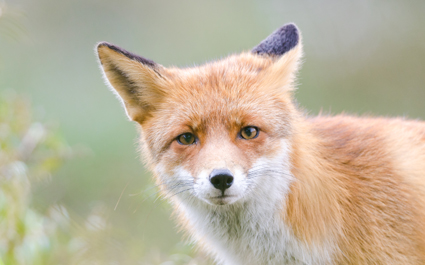 FOXES who voted Conservative were not expecting the government to start killing them again.

Plans to relax the hunting ban are a blow to Tory foxes, whose voting choice put them at odds with many woodland creatures.

Fox Wayne Hayes said: “I don’t ask for state handouts, even if it means working till 3am to provide for my family by ripping open bin bags or killing shitloads of chickens and only eating bits of them.

“I’m a big believer in Conservative values like self-reliance, which is why I sneak into your house and eat your cat’s biscuits, or your cat.”

Vixen Donna Sheridan said: “I blame that moronic Wes Anderson film that makes us look like a leftist, anti-authority species.

“Every week I religiously steal a copy of Mail on Sunday from the newsagent, and it’s bloody heavy with the You magazine and everything. Hurts your jaws.”