Do I use my bare hands or my Cath Kidston crossbow?

I’m totally raging. If the rumours are true, that devious cow Jennifer Lawrence is trying to poach my husband. She might profess to emulate me by being an Oscar winner but does she have a profoundly irritating lifestyle company, a series of patronising cookbooks and the ability to live two parallel existences whilst getting off with John Hannah? No. I didn’t think so. Exemplary survival skills or not, I’m going to hunt her down and savagely murder her. The question is, do I use my bare hands or my Cath Kidston crossbow?

Unfortunately, I can’t advise on conventional personal weaponry, as they’ve recently banned it at my school. However, it is possible to bring a foe to the point of catatonia by tying them to a chair and putting hundreds of loom bands on their arms until their fingers go a bit blue. Then maybe next time they’ll think twice about slagging you off because your mum loves Cliff Richard. 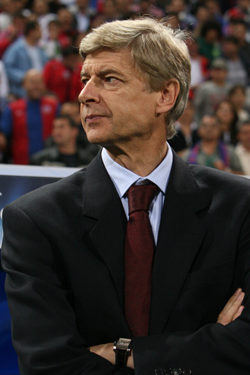 ARSENALS poor performance against Besiktas has been blamed on the rigours of playing football for nearly a fortnight.

“Everyone has their limits”

The Gunners looked lethargic in their 0-0 draw in Turkey, with manager Arsene Wenger drawing attention to virtually non-stop football games his players have endured since August 10th.

Wenger said: “For ten whole days they’ve had to play or think about playing football. It’s a real achievement even to have made it as far as Istanbul, many of them barely slept on the plane.”

Arsenal captain Mikel Arteta added: “Remember, we had no rest from football over the summer. Many of the lads watched nearly all the World Cup games.

Arsenal fan Stephen Malley said: “In other countries, their seasons are almost finished by now.

It’s ridiculous that in England we don’t have a mid-season break between August and, let’s say, June.”