I'm getting all edgy about this Scotland thing

I’m beginning to get all edgy about this Scottish independence thing. My cunning appeal to The British Public to phone their petulant Scotch relatives and tell them to stop their nonsense was ineffectual because no-one gives a shit. So I was thinking of challenging Alex Salmond to the ultimate neknomination: drink a yard of whisky whilst standing naked on the turrets of Edinburgh castle or give up this whole stupid crusade at once. Surely the podgy tartan fool will die trying rather than have his drinking prowess questioned? That lot are all the same. Do you agree it’s a superb plan?

The Centre of the Universe

My family and I once went to visit relatives in Scotland and so I have seen first hand the dreadful darkness that dwells in Fort William town centre. The whole place is like a dreadful parallel universe, a bit like a post-apocalypse Oxford. On the whole, the Scottish folk are pretty similar to normal people, except they look really chilly and annoyed and talk absolute gibberish in shouty voices. But you haven’t known true hardship until you’ve sat in the driving rain drinking Irn Bru and eating heavily salted chips outside the Edinburgh Woollen Mill while your granny from Glenfinnan is off buying you a hideous Arran jumper. Life up there is bleak. So very, very bleak.

Kate borrows Queen's necklace to get it valued 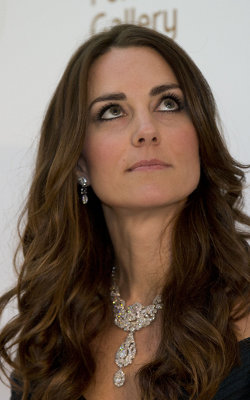 THE Duchess of Cambridge has borrowed a diamond necklace from the Queen to have it priced up at the pawnbrokers.

The necklace, a wedding gift that you never see the Queen in so she wouldn’t miss, was previously thought to be priceless but is actually worth a disappointing £1.8 million.

Kate said: “I should have known when the old bag told me it was made in India. Basically it’s Primark jewellery and a waste of my fucking time.

“I’ll see if I can get any decent offers for it on eBay. If I take the photo just right it will look a lot bigger than what it actually is.

Numerous other items have been reported missing from around Buckingham Palace, including 600 Da Vinci drawings the Duchess of Cambridge says she’s sent to get framed.

Palace staff also claim to have seen Kate typing Windsor Castle, Balmoral and Clarence House into Zoopla before totalling figures on a calculator.

She said: What did you expect of a commoner? We dont believe in love, or duty, or serving the nation. Were only out for what we can get for ourselves.