I've been snubbed by the future king

I am shocked and disappointed to learn that I’m not invited to Prince George’s christening later this month. Apparently it’s going to be a very intimate affair, and I’m not the only one to be snubbed, but you’d assume a top horsewoman like myself would be first on the list. Obviously Kate and William are still kicking themselves for choosing George for a name instead of something more befitting of a future king, for example Jett Riviera.

Don’t worry, the only parties worth attending are those to which you haven’t been invited. All it takes is for one middle-class twerp to post details of her Barbie-themed sleepover on Facebook and next thing you know, you and half the town is spilling Ribena all over a white cashmere sofa and treading Frazzles into the carpet. Although you’ll probably not get a look-in at pass the parcel and the jelly and ice cream will be in short supply, you’ll still have plenty of fun writing rude words on the kitchen cupboards with a Sharpie. 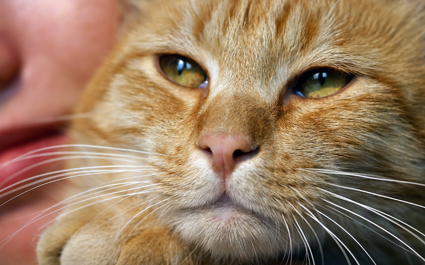 THE government cull may switch to cats as badgers are quite hard to kill.

The controversial badger cull has proved difficult to execute because badgers live underground, actively avoid humans and can run very quickly for an animal with such short legs.

A spokesman said: “Cats are just as problematic as badgers but in a different way. Cat turds make kids go blind. Also you can be stroking a cat and it will suddenly bite your hand, for no reason.

“Plus cats are everywhere, and can be summoned by shaking a box that contains cat biscuits. If we could thin out cat numbers that would definitely be an achievement.”

Marksman Tom Booker admitted: “Badgers are very elusive. You can follow the badger prints for a bit and then they just disappear. They’re like ghosts or something.

“Perhaps they are the spirits of our ancestors. I don’t know, to be honest they’re starting to creep me out.”

Mother-of-two Emma Bradford said: “I dislike this idea, because most cats have names. My mum always told me ‘never kill anything with a name’ and I’ve stuck to that.”