Since when did a basic grasp of arithmetic become necessary in business?

Since when did having a basic grasp of arithmetic become necessary to succeed in business? I had every piece from Primark’s ‘Miss Entrepreneur’ range and I can spell my whole name, what more does Alan Sugar want?

We need more women like you taking prominent roles in business, if only to prove to my maths teacher, Mrs Pritchard, that she is a complete and utter liar. She seems to think that everyone needs maths to survive, but I know for a FACT that I will have no need of such piffling nonsense when I become a Disney Princess. The role that arithmetic will play in my life when dressing up in pretty dresses and dancing to Britney Spears will be negligible. I already know which combination of digits to press to get Nickelodeon on the telly; what else could I want for?

Afterlife only for animals 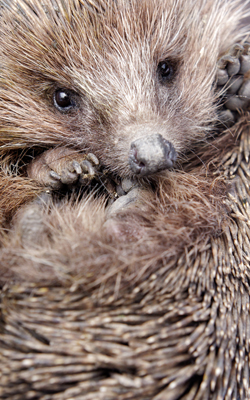 ONLY animals go to Heaven, it has emerged.

All other species live forever in paradise, while those unlucky enough to be born human face oblivion when they draw their last breath.

St Peter, who is actually a giraffe, said: We tried admitting humans, but they just fouled things up with their futile grand schemes, ridiculous delusions and ultimately ruinous, violent tendencies.

We even tried keeping them on leads but that didnt work, so God, who is actually a hedgehog, decided it was for the best to bar them altogether.

St Peter said that contrary to the belief of biologists, animals were fully aware that they would enter eternity after death.

That antelope being hunted down by a hungry pack of lions? Hes philosophical. A brief moment of pain then off he gambols to paradise.

Thats the reason we decided not to give animals the power of speech, just in case they let on.

So, enjoy your trousers and your internet and Downton Abbey because thats as good as it gets.