Will Deborah Meaden put me off my stride?

Ive finally perfected a miracle cure for hangovers and I have decided to take it to Dragons Den so I can become the richest man alive. However I am not sure if Deborah Meadens presence will put me off my stride,  so to speak. Do you have any tips for keeping my nerves at bay?

A girl in my class, Stacey Sullivan, has been known to have a little accident if she gets nervous or too excited about something. Last time it happened was during harvest festival. Stacey was supposed to be reading a poem shed written about a big yellow combine harvester to the whole school, but as soon as she stepped on stage there was a loud popping sound and then all the children in the front row scattered with terror to avoid the brown spray. Thankfully, no-one was hurt in the ensuing stampede, but Emily Parkinsons wheatsheaf collage was ruined and Stacey had to spend the rest of the day in lost property trousers. I think these days Stacey is on a combination of Ritalin and Sherbet Fountains to keep her nerves under control, and we all make sure to stand in front of her if she has to do any public speaking.

Using Google Glass with PS4 to get boring fast 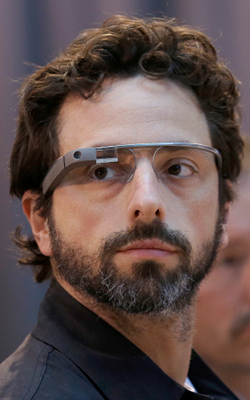 COMBINING the cutting-edge technology of the Google Glass headset with a state-of-the-art games console will actually become quite boring after about two weeks.

Experts said the ‘heads-up’ display will deliver experiences so ground-breaking that after the fifth or sixth time you will demand something much better.

“But it won’t even come close to doing your head in. You’ll actually think ‘yes, well, jolly good’ and then ‘so what’s next?’ and eventually ‘I hate stuff that happens on the inside of my eyeballs’.

“At that point Google, Sony, Apple and Samsung will claim they are all close to perfecting a ‘brain implant’ and will then spend $15bn trying to invent one so they don’t look like a bunch of arseholes.

“And, ultimately it’s all just leading to the holodeck from Star Trek: The Next Generation. At which point you say ‘whoa, no way, that’s totally doing my head in’.

“And then you remember that you’ve seen Star Trek and the holodeck was one of the many reasons you got bored of it.

“But it’s too bad, because that’s it. Show’s over. What are you going to do now?”