Dear Holly,
I am a 31 year old woman and I haven't yet managed to find that special someone. I used to relish being single when I was in my twenties, but now I am just pathetic and lonely. While my married friends spend their weekends dripping with wholesomeness in the park or leaping around with a beachball at a sickeningly harmonious family picnic, I am to be found alone in my dark, squalid little flat, attempting to lure unsuspecting bachelors inside in the desperate hope of snaring one as a husband forever. When I'm not unsuccessfully tempting random gentlemen with offers of sordid sex over a flowery bedspread, my only other option is to don a pair of Topshop pyjamas from 1995, cover myself in biscuit crumbs, and fiddle with myself on the sofa while watching Pretty Woman. Can you help me find a man?
Karen,
Surrey

Dear Karen,
Sometimes my mummy and daddy hate each other. I know this because they say it very loudly when I am trying to watch Hannah Montana in my bedroom. Most of my friends at school don't have a mummy and daddy who still live together and they're lucky because they get two sets of presents for birthdays and Christmas. Susan Hoddle has two mummies, but she's just weird and no-one wants to sit next to her. What I'm trying to tell you is that you need to stop worrying about getting married, because you'll probably just end up getting a divorce and your ex-husband will start going out with someone from your big sister's year at school. Even if you do manage to stay together he'll just shout at you every night while you slam doors and cry and then he'll tell you you're a 'self-righteous old cow who can’t have a laugh anymore'.
Hope that helps!
Holly

Parents To Get Buck-Passing Charter 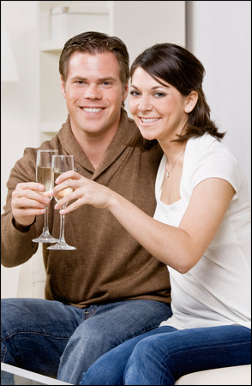 PARENTS are to be given the right to make a formal complaint about the fact they are raising a little shit.

Announcing the strategy, schools secretary Ed Balls said the new 'Home-School Agreements' will signal a step-change in the total abandonment of parental responsibility.

He added: "The agreements, to be signed by all teachers, could be used in disciplinary action against them if the six-foot teenage lunatics in their care keep trying to shove a chair leg into the school janitor.

"It will also give parents the opportunity to complain about other parents who are less strict, diligent and, on the whole, less middle class than they are."

Jack Bradford, whose overbearing mother Gemma cannot wait to start complaining, said: "She's going to be there every five minutes reporting all the psychopaths in my year. But it's not her that's going to be made to eat her own phone, is it?"

Nikki Hollis, a mother-of-at-least-eight, from Doncaster said: "They keep sending me these parenting orders but as I have explained, time and time again, I did not get the best education so it just looks like a lot of squiggles to me.

"The main thing is that after blaming CBeebies and Sunny Delight, I can, at long last, force the school to deal with his violent mood swings, his antique knife collection and his persistent arson."

She added: "By the way, have you seen that stuck-up bitch Gemma Bradford anywhere?"