Are you a creepy older guy in a nightclub?

WITH a trendy haircut and trainers it’s quite easy to believe you’re in your twenties, but are you actually that older creepy guy in the nightclub? Take our test to find out.

A)   Are you just jumping around feeling a mixture of elation and self-consciousness?

B)   Are you sweating heavily and dancing with a stunned grin in your face while groups of girls keep edging away from you?

B)   Debenhams’ own brand ‘Casual Club’ jeans and slightly shiny ‘going out shirt’?

A)    Did you get drunk at home for financial reasons and are now trying to make one rum and coke last the entire night?

B)   Have you just bought ten people you don’t know shots, in a desperate attempt to attach to yourself to the group so you can talk to one of the female members?

A)    Are you out with your mates but constantly checking your phone?

B)   Are you out alone or just with one other guy who is wearing a Barbour jacket and keeps yawning?

A)    Are you looking at that one girl you’ve seen in the club for the last four weeks but still haven’t spoken to?

B)   Are you wandering round thinking that you fancy every woman in the club?

Mostly As – Congratulations, you are young. If you play your cards right this expensive horror could all end in your mid-thirties.

Mostly Bs – You are now a ‘Stevie Trousers’ the name given to men in their forties and beyond frequenting nightclubs. And yes, discussing mortgage deals, school catchments and the reasons you ended up choosing a Volvo with single females will get you laid. 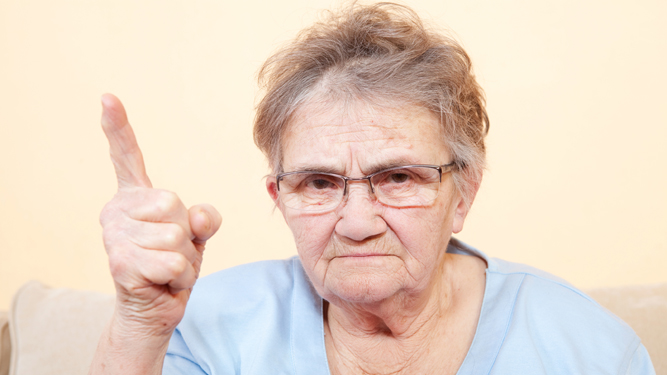 GRANDMOTHERS have published their plan for a nan-style Brexit focusing on inconsistent racist views and cats.

Leading nan think-tank the Nan Institute is proposing a ban on all foreign men, turning the local Polish shop back into a Spar and also moaned extensively about next door’s cat shitting in the garden.

‘Granny Pat’, executive director of the Nan Institute, said: “Brexit is happening because of nans, and we demand to be heard. I’ll be back in a minute, I’ve just got some meat boiling.”

THE INDIAN FAMILY THAT RUNS THE LOCAL NEWSAGENT

“They’re all right, they let me off 8p on some crackers. They can stay. I don’t think much of their bananas though. They’re small.”

“The sodding thing keeps shitting in the garden. I threw some water on it yesterday but it never even took any notice, it’s so hardened. If I had a gun I’d shoot it. Not that I dislike cats.”

Responding to the proposals, a Downing Street source said: “We could go with this. Whatever.”