Charlie from Casualty's NHS Christmas Parties through the decades

In the 80s, I was the only male nurse in the whole of the NHS – life was one fun-filled, never-ending Strawberry Switchblade video.
Mistletoe had never been so exciting. And even if the nurses were all getting married or going to jail, you could always invite the consultant paediatricians, who had little black books like you wouldn’t believe. They’d immediately have the party brimming with Alexis Colby-style mums doing dirty laughs and producing bottles of really expensive chardonnay.

In the 90s, new technology meant we lost most of our records room staff, and consequently all the decent indie disco DJs. The guys from proctology were poor substitutes: despite their relatively deft finger skills when mixing complex jungle and breakbeat, we were all crying for some Jonah Lewie by half eleven.

By the 2000s, Blair was everything wrong with NHS Christmas staff parties. One year after too many Breezers, I thought it would be a hilarious idea to nosy his medical records on the fancy new system. But it made surprisingly tedious reading. So I deleted his yawn-worthy psychiatric file and in its place, scanned in every page of The Da Vinci Code, which someone had given me in my Secret Santa. To be honest, they were essentially the same document: a lot of derivative schlock about continental Europe and some eye-watering situations involving jaggy crucifixes.

This year, the budget for our Christmas party is £45. But you don’t work for the NHS as long as I have without learning a thing or two. You see, we have all the ingredients for a legendary festive blow-out right here in A & E: games of truth or dare are much edgier with all the whistleblowers knocking around and sharps wastebag roulette has never been so suspense-filled. Plus, the Ebola team came to visit the other day, like Santa’s elves. I calculated they dropped off around four litres of alcohol hand gel for every staff-member. Mixed with £45-worth of Ribena, its sure to keep us on one well into 2015. 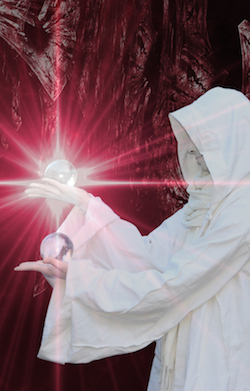 NICK Clegg has pledged that the Stonehenge road tunnel will be a very mystical experience.

The self-styled deputy prime minster reassured worried druids by claiming the road will be a portal to the mind of Merlin as well as a dual carriageway.

He said: Shimmering, white robed figures, who seem almost real, will wave at you slowly while beaming their ancient wisdom directly into your brain.

And if you wind your window down you may even hear some kind of weird, ancient music. Possibly made by a gong.

Youll have to drive very carefully, because trust me, you are going to lose your shit.

Clegg added: This is the merging of ancient and modern engineering. You can contemplate both the ageless mystery of the Henge and why you’re in such a hurry to get to the Homebase in Andover.

Druid Julian Cook said: Communing with Merlin in a tunnel will be very mystical. Plus, I have a Volvo XC90 which can hold seven druids if two of them are quite small.