'Do I cut the red wire, or the blue wire? Or do I cut both?' By Theresa May

HELLO there. Two years ago I made this bomb.

Since then, however, I’ve forgotten which wire I’m supposed to cut to stop it from exploding. Do join me while I work it out.

Do you ever watch Countdown? It’s really good. Though not as good as when Richard Whiteley presented it. And Carol Vorderman. That was proper Countdown. I was quite good at the letters round. I actually got a nine once. ‘Vibrating’. I was rubbish at the numbers round though. Carol Vorderman is a witch.

54… 53… 52… If that number sounds familiar it’s because it was the percentage of people who voted to leave in the EU referendum, the result of which must be honoured or we may as well be a Banana Republic.

17… 16… 15… ‘Fifteen minutes with you, well I wouldn’t say no.’ I do like Morrissey. I like his robust views and his quintessential Englishness.

12… I was 12 when I ran through a field of wheat. Not a care in the world, until I realised I was committing an outrageously selfish act of vandalism.

Anyway, back to the matter in hand. Blue, red or bo…

May loads Skoda Yeti with bogroll at Belgian hypermarket 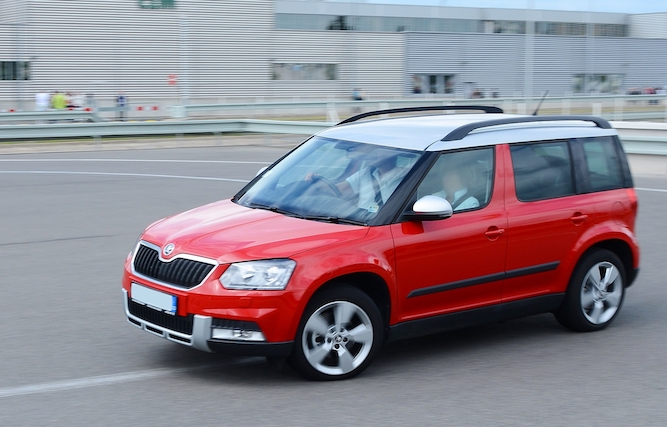 THERESA May has been stockpiling toilet paper during her latest trip to Brussels.

With no-deal Brexit looming, the prime minister ordered the UK’s chief negotiator Olly Robbins to ram as many bogrolls as possible into her Skoda Yeti during a 7am stop at a hypermarket on the outskirts of the Belgian capital.

May said: “You’ve got to stock up, both for personal use and for black market purposes.

“Bogroll is very valuable because of its many uses. You can use it for post-its, paper mâché dolls and bandages – actual bandages, not just Halloween Mummy costumes.”

She added: “Olly, grab a shitload of those massive Toblerones and let’s get the fuck out of here.”