MOVIE Week, Hallowe’en Week, Killing-Time-Until-Christmas Week… There’s no end to Strictly’s crapulent theme nights, as we stomp on through a series that’s about a month too long and 10 contestants too big. So what sort of Strictly special would actually be special?

Brexit Week
To address issues of left-wing bias, the BBC holds a Strictly Brexit special, in which all four judges are Nigel Farage. Farage refuses to score any dances because BBC signals sometimes bounce off EU satellites, according to something he saw on Facebook.

Macclesfield Week
Blackpool can sh*t off. Strictly should head to the Cheshire powerhouse of Macclesfield. It doesn’t have a grand ballroom, but it does have a Morrison’s Local and is the home town of copper-coloured TV man David Dickinson.

Curse Week
All the dance couples just stop being coy, and get it on in full view of the cameras. It’s the infidelity amnesty they’ve all been waiting for. The husbands and wives in the studio don’t mind – because they all get to finally have a crack at Aljaz Skorjanec.

School Disco Week
Viewers relive the painful memories of their adolescence as the Strictly studio is reshaped into a school hall and couples are forced to rhumba to songs like Mysterious Girl and Hear the Drummer Get Wicked. Mike Bushell is given the floor to himself for an easy-listening version of Oops Upside Your Head. 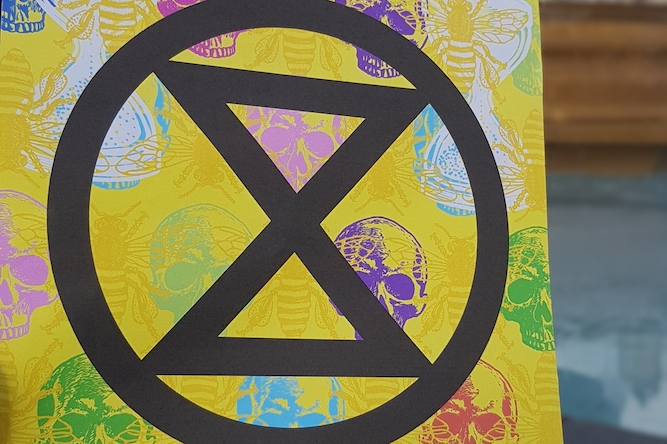 YOU might be concerned about the climate crisis but your comfortable, SUV driving, cocaine sniffing mates couldn’t give two sh*ts. Turn them into activists by pretending it’s a stag do.

The XR flags they’re holding are for a game of human golf where they have to stand around London whilst the stag tries to chip the ball into their anus.

Tell them they’re all going to need adult nappies not because they’re handcuffing themselves to a boat in Oxford Street but because first one to use an actual toilet has to pay for all the lap dances.

Once they’ve all super-glued their arses to Whitehall ‘for the banter’ tell them the police liaison officer is a stripper and they can only get to the ‘champagne room’ by slipping a tenner into her high vis vest.

Successfully in the champagne room/ prison cell them what absolute legends they all are for getting arrested but they do actually owe £400 quid each for costs.