Mirror, mirror, on the wall, am I a twat? by Johnny Depp 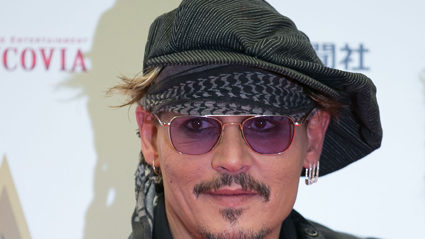 DEAR mirror, I have gazed into you for 11 hours a day over several decades and now I need to ask you something.

Am I actually a twat? It never would have crossed my mind before. I’m ‘the’ Johnny Depp, right? I used to go out with Kate Moss and starred in overrated Tim Burton films.

But look at me now. I’m 86 per cent beard dye. Without various cosmetic treatments I’d look like David Jason. I wish I had the money to get my blood swapped with a 14-year-old boy, but according to my ex-wife’s divorce lawyer that’s not a ‘necessary living expense’.

But just getting older doesn’t make you a twat. Morgan Freeman’s older than me and he doesn’t get kids throwing eggs at his car. Where did it all go wrong?

“Nobody watches pirate films,” they said. “You can just pocket the cash then go off and do a super edgy Lars Von Trier film about heroin addicts. Yes it says in the contract you have to do the sequels but there won’t be any because pirates are basically the old-fashioned version of shoplifters.”

I remember that fateful meeting like it was yesterday. And now here I am, sitting in an empty house with just a table, the script for Pirates vs Optimus Prime and of course a full length mirror.

A WOMAN does not actually have to give her candid opinion in a blunt and tactless way, it has emerged.

Office worker Emma Bradford gives the impression she is somehow compelled to judge others, but could also just keep her opinions to herself like everyone else does.

Colleague Nikki Hollis said: “When Emma ‘speaks as she finds’ it’s always something like, ‘I see Kate’s off sick, but then she does like a glass or 10 of wine, I hear.’

“She never says things like ‘Isn’t Pete a lovely guy?’. It’s almost as if she’s not motivated by a noble devotion to the truth but just enjoys being unpleasant.”

“I googled ‘being honest’ and it turns out it isn’t something you can’t control like Tourette’s, so you can always shut the fuck up. I may explain that if Emma tells me I’ve put on weight again.”

Bradford said: “I suppose I’m just more honest and moral than most people. It’s just my way and I feel it helps people because they can stop doing things like wearing an unflattering dress or being a minger.”