Why, as a lifelong Labour voter, it is your moral duty to vote Conservative

VOTED Labour your whole life? Then, according to the right-wing press, on Thursday you simply must vote Conservative. Here’s why:

If you want Brexit, you have to vote Tory. Labour say they want Brexit, they’ve promised a referendum and you know what’ll happen there, don’t you? Loyal Brexit voters like yourself won’t vote for Brexit and we won’t get Brexit.

Corbyn
You might think there’s nobody more Labour than Jeremy Corbyn, a Labour MP for 36 years who passionately believes in all the usual trade union and state-funded industry b*llocks. But actually he’s evil, so Labour voters with any decency whatsover must now give their full backing to his exact opposite.

Boris is fun
The Tories only made Boris leader because they think you people like him. You’ve seen him on the telly and you think he’s hilarious. They’ve gone to all this trouble so it would be downright rude to vote for anyone else.

Anti-Semitism
Traditional Labour supporters in their Northern heartlands have always voted based on one issue, and one issue alone: the Jews. Nothing gets an unemployed Barnsley steelworker down to the polling station quicker. And, since Jeremy Corbyn is anti-Semitic, it’s got to be Tory this time.

NHS, police etc etc
Austerity meant the Tories had to cut 20,000 police and millions in NHS funding. But those were the old Tories, where Boris Johnson was a mere powerless Mayor of London or foreign secretary. Now he’s basically Clement Attlee with more hair.

Just f*cking do it, you prole
Go on, don’t be a chippy, working class dick. Do as you’re told so everything can go back to normal.

Diane Abbott and Jacob Rees-Mogg spotted holidaying together in Bali 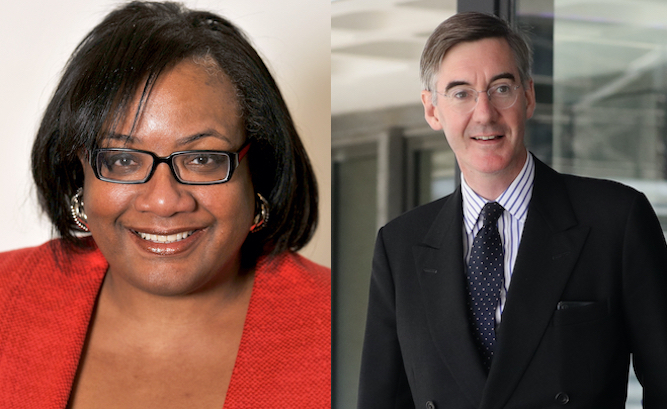 DIANE Abbott and Jacob Rees-Mogg are spending their time in exile as electoral liabilities by holidaying together in Bali.

The shadow home secretary and the leader of the Commons were shipped to the tropical location because of their massive unpopularity with ordinary voters, met over Mai Tais at the beach club and found themselves getting on.

A resort employee said: “They found themselves watching the sunset together, furious at the British public’s intolerance of numerical illiteracy or poverty-blaming, and discovered they had a lot in common.

“Abbott’s family’s from Jamaica, Jacob’s family used to run a sugarcane plantation there, and once they got talking about how much they despise centrists there was no stopping them.

“After that they were inseparable. The fish market, the Uluwatu temple, she persuaded him to try yoga and he helped her with her golf swing. It was a meeting of minds and, in her suite later that night, bodies.

“He’d never done it with the lights on before.”