PARENTS missing out on the joy of the school Christmas fayre this year are recreating the experience by stuffing their kids with sweets and giving away 50 quid.

Mums and dads who have already spent the year shelling out for uniforms, school lunches and quickly-abandoned extra-curricular activities like piano lessons are sad that the costly event has been cancelled.

Dad Martin Bishop said: “We always look forward to the annual carnival of forced jollity and super-efficient money-extraction that is the Christmas fayre.

“I love being fleeced out of £50 for face-painting, a weird bottle of aftershave off the tombola and a tree decoration made of twigs and wool. And I’m gutted I didn’t feel obliged to buy a stodgy homemade fruit cake.

“But for me the highlight is having the kids shrieking like banshees though the house until midnight because of the amount of sweets they’ve necked.

“The fayre can’t take place this year, so will make our own memories in these strange times by sending that £50 to the PTA and making little Oliver demolish a massive bag of Haribo in two minutes flat.

“It’s what Jesus would have wanted.”

'You're looking well' and other insults that sound like compliments 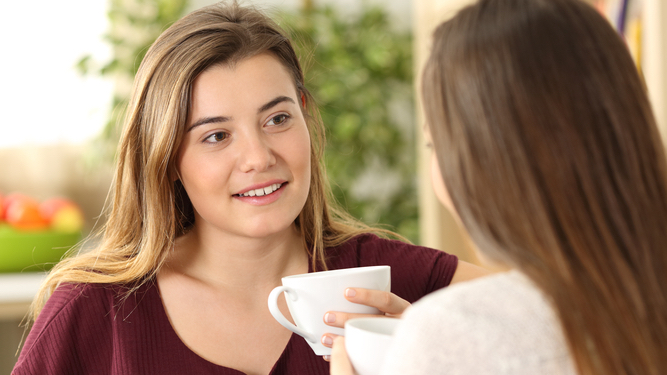 Could this be a reference to your new haircut or the skincare regime that’s making your face glow with radiant beauty? No, it’s a sneaky way of saying you look less shit than usual, but still shit. They might as well just say: “You don’t look hungover or ill for once. And are you slightly less obese?”

‘It’s been nice to meet you’

Even a robot could think of a more sincere way to say goodbye than this. If a human being has said this to you, the subtext is ‘Thank God this is over’. To hammer home the point they might shake your hand very quickly then rush off talking to someone else.

‘You scrub up well’

This of course suggests that the rest of the time your personal grooming is poor to the point of unhygienic. And while this is undoubtedly true, professional insulters will wait until you’ve spent hours carefully masking your imperfections to remind you of them.

Ouch. Clearly people have been talking about you, and the word on the street is that you’re an insufferable twat. It’s not like you can ask what people are saying either, because then you’ll sound neurotic and paranoid which will provide them with a new thing to bitch about.

This isn’t the endorsement of your loudly vocalised opinions that you’ve been waiting for. In reality it’s a roundabout way of saying that you never pipe the f**k down and other people would like to get a word in edgeways sometimes, you thundering prick. Actually very polite, in its own way.