System working like a charm as OAPs toss food-heat coin 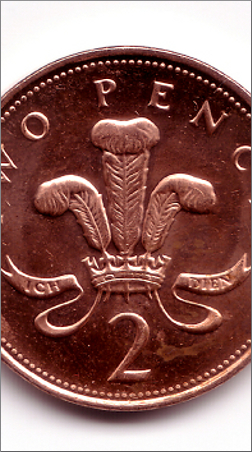 Across the country pensioners said the excitement of watching the coin fly up in the air and then tumble earthwards was a wonderful way to spend their retirement.

Bill McKay, from Darlington, said: “I keep my coin in an old ring box and polish it with Brasso every other day.

“Not only do I enjoy the way the light catches it as it spins in mid air, but every other week I get to teach my little grandson how to toss the coin so that if he ever retires he’ll be able to look back and say ‘thanks granddad’.”

Helen Archer, a retired nurse from Peterborough, added: “My thumbs are a bit past it now so my daughter comes in once a week and tosses it for me.

“I get the sitting room all nice and then I bring out the coin. Oh the excitement. Mind you my doctor says I mustn’t do it more than once a week now.

“Then when the coin has landed I either put the radiators on or make a nice cup of tea. I prefer tea after a good coin toss, but that’s just the way my generation was brought up.”

Meanwhile experts said the OAP coin craze proved that everything was ticking over very nicely and that successive Labour and Conservative governments should be commended for helping to create such a thrilling pastime.

Economist Julian Cook said: “Because our system is so flawless it means we no longer have to say things like ‘what in the name of fuck is going on here?’ or ‘stop arguing you bunch of utter pricks and fix this right fucking now’.”

McKay added: “Oh, it’s been a great coin this one. It’s just a shame I will eventually have to give it to Scottish Power.”