“Thank goodness David Cameron has given me permission to stop this,” says intrepid deputy prime minister. 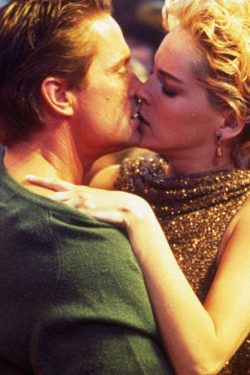 The striking correlation between the two lists has triggered calls for them to be merged in subsequent years.

Professor Henry Brubaker, of the Institute for Studies, which compiles the Sleazy List, said: “Our chart was launched as a means of cataloguing the most reptilian, creepy, spaghetti-fingered men alive as a general warning not to let your relatives accept sweets or bars of gold bullion from them.

“The essence of sleaziness is hard to define, but Michael Douglas in Basic Instinct during the scene where he goes to a rave wearing a tight v-neck jumper and loiters in the women’s toilets is not a million miles off target.”

Currently 914 of the world’s 1,000 richest people also appear on the Sleazy List.

Professor Brubaker said: “This level of crossover may be explained by the fact that innately sleazy men – and it is always men – are generally shunned by the rest of society.

“Their determination to amass vast fortunes by whatever means necessary comes from the desire to own massive, incalculably depressing, floating nightclubs to which they can invite very tall prostitutes, and possibly Jean-Claude Van Damme, and thus feel temporarily well-liked.”

The publication of the Rich List has also prompted the usual pointless mixture of shock and horror that the rich are miraculously getting even richer.

Economist Emma Bradford said: “Jesus Christ. You might as well rail against the ageing process.

“Perhaps if the complainers spent less time posting wry Mark Thomas quotes on the Guardian website and more figuring out how to get people to do hot, dangerous jobs for almost no money, they might have gold yachts too.”