iPhone not designed by Steve Jobs

“It was this guy,” claims the Queen

Corbett too short for a knighthood 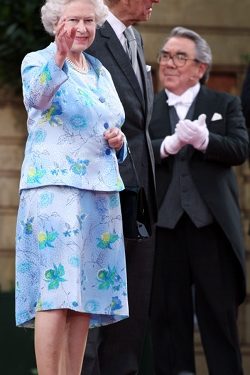 RONNIE Corbett has had to make do with a CBE because he is too short for a knighthood, it has been confirmed. Buckingham Palace officials said all the ancient orders of chivalry had a minimum height requirement of five feet two inches, meaning the five foot one monologist can never be known as ‘Sir Ronforth Corbett’.

A spokesman said: “While the original height requirements were based on very practical reasons, these days it’s just pure discrimination.

“Her Majesty has taken against very short men. She doesn’t like their small feet and their ability to hide under a large skirt.

“Last year the European Court of Human Rights sent her a letter demanding she remove the height requirement and she sent them one of Willie Carson’s fingernails.”

Experts said Corbett would have been the obvious choice to sit alongside Sir Bruce Forsyth at Leeds Castle in Kent, the ancient home of the Order of Light Entertainers, but his diminutive frame meant his place would now be taken by Russ Abbott.

The height requirements were introduced by Henry VII in 1486 to prevent the accidental knighting of Welshmen.