L'Oreal disappointed at ban on fraud 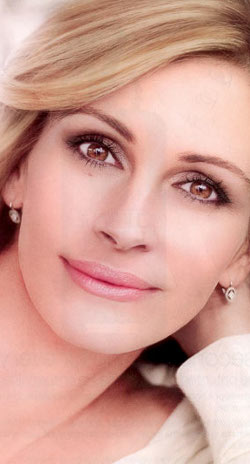 COSMETICS giant L’Oreal has admitted its disappointment at not being allowed to commit fraud.

The company hoped to launch an advertising campaign featuring photographs of Julia Roberts and Christy Turlington that showed their make-up clad faces to be perfect in every possible way.

But the Advertising Standards Authority has blocked the adverts on the basis that they are a massive lie.

A spokesman said: “We asked L’Oreal if these photographs had been retouched to make the models’ skin appear flawless. They said that yes they had and so we said ‘so it’s not the make-up that’s doing it then, is it?’. And then they said ‘not really, no’.

“We then explained that it was the make-up that they were actually advertising rather than the image manipulation software they had used.

“We said it would be okay if they wanted to use these photos to advertise the image manipulation software, but they probably wouldn’t want to do that given they don’t own that particular company and that they may want to use their advertising budget to advertise the things that they do actually make.

“And finally we said that if they still wanted to use these photographs to advertise the make-up then that would what the police call ‘fraud’.

“Much like advertising household bleach with the slogan ‘delicious’.”

A L’Oreal spokeswoman said: “This would only have been a little white fraud. Women are intelligent enough to know we’re lying to them and that’s why we spend so much money on adverts that they will immediately dismiss as an elaborate hoax.