Person resented for being so beautiful

Insecure male bosses barred him from promotion at work.

Bank Holiday fun to be outweighed by hassle 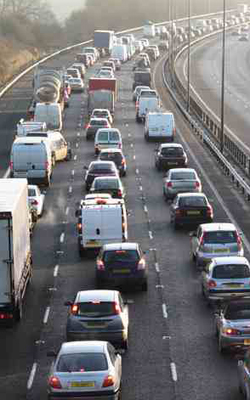 AS the Easter break looms, thousands are preparing for pleasure trips that will not quite be worth the monumental amount of bother involved.

According to the Institute for Studies the average Bank Holiday mini-break offers eight hours of enjoyment, compared to 19 hours of being in a stationary vehicle.

Professor Henry Brubaker said: “During the four-day Easter break millions of humans will all head to the same destinations in a bid to get away from each other.

“There is a logic flaw here.”

He added: “Overseas mini-breaks are basically glorified school trips, in that they involve large amounts of travel and administration for what amounts to several hours of looking at monuments and drinking expensive coffee.

“Weekend-breaking in the UK is less complex, traffic notwithstanding, with the only obvious downside being that you are in the UK.”

It is estimated that during the Easter weekend, the average stationary driver will listen to every CD in their car 12 times.

“In a desperate bid for amusement they will even try out the Country Moods II: Nashville Skyline album that inexplicably appeared in the glove box about two years ago.

“As conversation dwindles, families will be reduced to staring at each other with wary expressions.”

Mother-of-two Nikki Hollis said: “We’ve rented a cottage in Devon and are going to have a massive row on the way, probably about something that happened in 1986.”