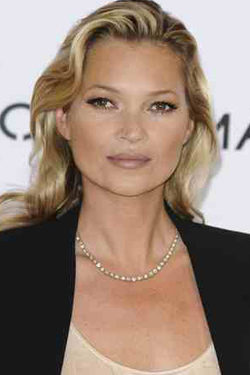 THE falling of a Kate Moss hoarding onto shoppers augurs another recession, according to financial soothsayers. Even in human form she is invisible from the side

Monetary prophets have been alert for any supernatural indication of economic disaster since 2008’s spontaneous combustion of a Heidi Klum bus advert which immediately preceded the last global recession.

Commercial harbinger Wayne Hayes claims to have been visited in a dream by the giant billboard of Kate Moss.

He said: “We were all waiting for a sign and it came to us in the form of a sign.

“Other omens of financial ruin are already manifest. There have been reports of a giant marshmallow Alan Sugar lolloping through Bristol’s Cabot Circus retail area.

“And a semi-translucent floating Cash Converters outlet, staffed by strange shining beings, appeared on a pub roof in Norwich.”

Managers at Manchester’s Trafford Centre have responded to the premonitory hoarding fall by installing a sacrificial altar in the disabled toilets.