Girls' night out in tearful crisis before end of first drink

A GIRLS’ night out has descended into arguments, sulks and tears in the toilet before the first drink has been finished.

The 10-strong squad arrived at Wetherspoons and ordered pitchers of Moscow mules, whereupon Leah suddenly left the table for the toilets, followed by Helen after five minutes, followed by Sienna after another two minutes.

Grace Wood-Morris said: “The rest of us tried to carry on chatting like we weren’t sitting on an erupting volcano. Then Jody got a text from Helen about what Leah thought she’d heard Sam say to Priya, and it f**king kicked off.

“Everyone was in and out of the toilets, the other toilets upstairs and the smoking areas. Texts and WhatsApps were flying. Tears were being shed, hair was being pulled, and factions were being formed, betrayed then reforged.

“It boiled down to Sienna stirring it about Leah’s boyfriend being Sam’s ex, Helen wearing the same shoes as Jody even though she’d told Jody not to wear them, Priya being a massive bitch and me still being f**ked off about Magaluf in 2016.

“Eventually we all made up, finished our drinks, dried our eyes, redid our make-up and went on to Lakota’s. Then Priya rushed to the loo with a face like thunder and it really went apeshit.”

In contrast a group of lads on a night out got out of their minibus, thought some other lads were looking at them, started a fight and were arrested by 7.30pm.

'Adulting' and other phrases so wanky they make your skin itch 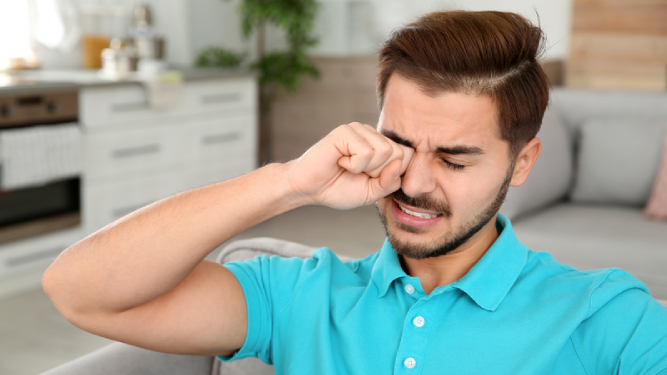 SOME modern phrases are so godawful they make you want to squirm yourself inside out. Here are the worst offenders:

This is a sickeningly twee term used to describe a pile of bricks and mortar you can see yourself dying in one day. But given how badly the housing market’s going your forever home won’t be a mansion, it will be a rundown terraced house in a rough bit of Plymouth. And that’s if you’re lucky enough to stump up the deposit.

Apparently the phrase ‘dirty weekend’ isn’t good enough for couples anymore. Now they refer to their scaled-down honeymoons as mini-moons and expect us not to punch them in the face. To make things worse they’ll still go on a full-blown post-marriage holiday and cheeky ones will ask for a ‘honeymoon contribution’. Disown people who use this word now and save some cash.

Washing up, going to work and paying your rent used to be the kind of mundane, everyday shit people thankfully kept to themselves. Not anymore. Now dickheads have turned the state of maturity into a verb and claim to be ‘adulting’ their way through life. If you encounter anyone using this word then round their mental age down by roughly 20 years.

This is wanky coffee shop speak for ‘warm milk’. Babyccinos are meant for little kids, but even they find this phrase a little too patronising. To all the yummy mummies and trendy daddies out there reading this, cling on to the last vestige of your dignity by erasing this word from your vocabulary, then take your kids somewhere more appropriate like a greyhound racing track.

Childish to the point of being almost incomprehensible. The only thing worse than taking endless photos of your food for Instagram is declaring that you’re going to ‘nom’ it afterwards. This country used to eat powdered eggs and depended on ration books, now look at it. Every hipster uploading a snap of a £5 caramel-filled doughnut with the caption ‘nom’ should have to endure the hardships of World War 2 as punishment.