How to change a duvet cover drunk

CHANGING a duvet cover is complicated, but can alcohol make it easier? Try with our step-by-step guide:

Step one: Assess the situation with a drink

The worst thing anyone can do is rush into changing a duvet cover. Have a couple of drinks while you stand there, considering carefully. This isn’t putting it off, it’s ‘strategising’, just like evil genius and Poundland Mekon Dominic Cummings.

Haul your duvet out of the filthy cover infused with sweat, takeaway sauce and stains you don’t want to think about. Realise this is going to be a ball*che of a task and fortify yourself with another drink.

Everyone dimly remembers the ‘turn the cover inside-out and grasp the corners of the duvet…’ technique. Try it, get your foot caught in the cover, stagger backwards, and think again with another drink while watching something on telly you have no interest in, like American Dad.

Step four: Finally get stuck in

It’s a sodding duvet. It can’t beat you. Desperately try to stuff it in while growling like a 17-year-old attempting sex after six pints. After creating a large lump of duvet inside a mostly empty cover, collapse weeping like that same 17-year-old.

Step five: Return to the fray

After nipping to the off licence to the corner shop for more booze, repeat step four. Realise you’re having as much success as putting an eight-foot octopus into a jam jar. Have more drinks while cursing the Frenchman who invented duvets, even though they are generally excellent.

Step six: Give up

Build a crude hamster-like ‘nest’ from your lumpy duvet, pillows, spare sheets, coats and old newspapers if necessary. Pass out in a drunken stupor, proud to have changed the duvet cover without making a big deal of it. 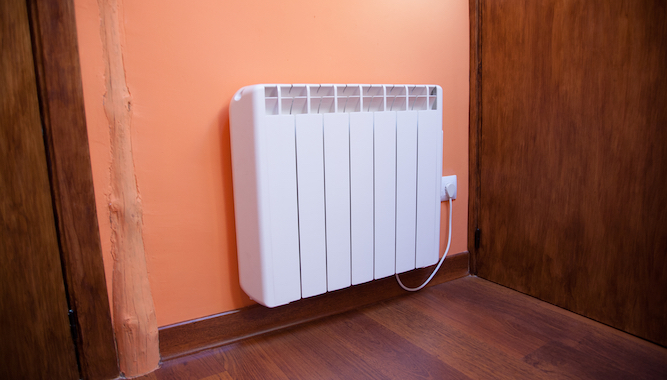 RESIDENTS of houses with storage heaters have begun yet another doomed attempt to find out how, or if, they work.

As Britain draws closer to winter, people without central heating embark on their annual struggle to work out how boxes of electrically heated bricks are meant to keep them even slightly warm.

Tom Logan of Newport said: “I moved in here five years ago and was mystified by these strange, occult boxes on the walls where radiators should be, and I’m no nearer now.

“If you don’t turn them on at night, you freeze the next day, but the only instruction on how to do that is two mysterious, almost blank dials. Sometimes they make the place intolerably stuffy. Mostly they barely radiate heat at all.

“If by some fluke you manage to set the timer, it takes so long to heat up that it’s time to go out again by the time you can take your coat off. Don’t even get me started on understanding Economy 7.

“The only thing they reliably produce is a nameless, unsettling smell, like the incense at a black mass for Satanic androids.

“Sometimes I think the best solution would be burn the flat down. I’d be nice and warm and the storage heaters would be gone forever.”