ONE of the biggest pop success stories of the last 20 years is set to storm the charts again after Alvin agreed to rejoin the Chipmunks.

The Chipmunks were one of the biggest acts of the 1990s, regularly swapping places at the top of the charts with all-female chipmunk group The Chipettes and their great Irish rivals, the Smurfs.

But the group was torn apart by a series off violent rows between Alvin and glutinous songwriter Theodore. When Alvin demanded changing the name from The Chipmunks to Alvin and the Chipmunks, Theodore stormed out of the meeting and vowed to become gigantically fat.

Alvin, meanwhile, racked up a series of solo hits while fighting his own battles with processed cheese and home-made chipmunk vodka.

But talk of a reunion has been rife since Theodore and Simon launched a successful comeback in 2005 with a slightly different version of The Chipmunk Song.

Alvin said last night: “I get embarrassingly excited when the three of us are in a room. It feels like coming home. And I’m really looking forward to performing with Theodore, especially now he’s lost some of that weight.”

Theodore added: “It’ll be amazing to get up on stage with Alvin again and perform my songs in a way that does not give undue attention to any one member of the group. It’s a dream come true that Alvin’s lawyers have finally accepted that.”

Meanwhile Simon, the tiniest of the Chipmunks, will be glad to be focusing on the music again after it emerged he had cheated on his wife with a box full of gerbils.

Alvin and the Chipmunks were inspired by the success of Chip and Dale, the godfathers of Chipmunk pop who stormed the charts in the early 1980s.

Chip went onto a successful solo career and was arrested in a gentlemen’s lavatory in Los Angeles, while Dale is now the assistant manager of the second largest Costa Coffee in Truro. 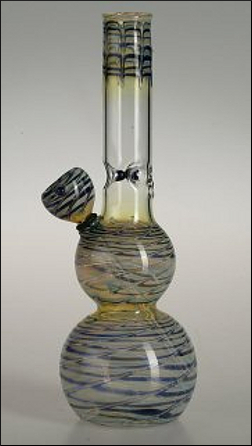 A NEW graduate tax will see those bothered to turn up,
get a
good degree and a lucrative career pay a higher rate than the likes of
you.

Business secretary Vince Cable said the tax would only work if those who made any kind of effort at university were willing to take some of the financial burden off the stinking, pissed-up arseholes who wasted everyone’s time.

He added: “It is a central tenet of Liberal Democrat philosophy that the harder you work, the more tax you should pay.”

Edinburgh graduate Tom Logan, now deputy chief economist at Madeley-Finnegan, said: “When I was taking exactly the same courses and being taught in exactly the same way as my classmates, the knowledge did go into my brain in a way that reeked of privilege.

“I obviously gave myself an unfair advantage by actually reading what was on the list, studying until 3am and getting a first and so it’s only right that someone like me should pay a higher rate of graduate tax than a guy who who spends three years with a bong up his arse before going on to work for some shitty marketing company.”

UCL gradate Helen Archer, now a European vice-president of Vodafone, said: “Mr Cable has made me realise that the university was not providing me with a straightforward educational service, it was in fact handing me a gold-plated passport to a life of magnificent everything and all I had to do in exchange was work my fucking arse off for three years.

“Tesco should really be charging me twice as much for the same bag of satsumas as people who are not as clever and hard working as me, because, after all, I can afford it.”

She added: “D’you think maybe it’s time we installed one of those big digital counters in Picadilly Circus to record the ever increasing number of people who have just realised that Vince Cable is actually full of shit?”