AMY Winehouse fans should stop buying her records because she is a croaky voiced skank who sounds like a goose being forced arse first into a trombone, her grandmother said last night. Shut the fuck up says her uncle Pete

Phyllis Winehouse, 74, said music lovers should mercilessly chase her granddaughter through the streets and pelt her with dog poo and kebabs to make her shut up.

But Ronnie Winehouse, an uncle, said the only way to stop the singer from her honking was by pulling her lungs out through her own mouth and then throwing them on the floor for dogs to eat.

Ronnie’s brother Pete, known in the family as uncle Pete, said everyone in Britain should shout “shut the fuck up you stupid cow” at the same time so that he would not have to listen to her going on about how much she hated her success.

His daughter Zoe, who is also the singer's cousin, said people should scrawl obscenities on her house, not because her singing was awful but because she was “a rich bitch” who was “totally up herself”.

Hugo Rifkern, an ex-boyfriend of the singer, said he just wished she would hurry up and die of horse drugs “or whatever else it is she is taking these days”, so people would stop asking him how she was.

Roberta Pillen, who cleaned for the Winehouse’s for a few months in the late Eighties, said she would like to pull all the singer's ridiculous hair out with her Hoover, but very slowly.

And Bob Justice, who once stood behind Winehouse in a queue at the off-licence, said he would like to strangle the singer with his bare hands, snap her head off, bite out her vocal chords, spit them on the ground and dance on them, using his feet. 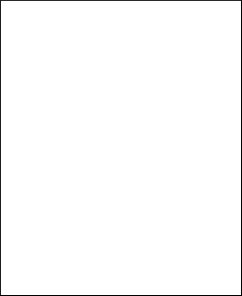 SCIENTISTS who discovered a giant nothingness in the heart of the universe last night said they had lost it again after it “just vanished into thin air”. If you see this please call an emergency scientist

Professor Ed Bickton, head of astronomy at Dundee University, said he had taken the enormous void home after discovering it because he “wanted to keep a close eye on it”.

He had kept it with him in the lounge until he went to bed at which point he had put the massive nullity on the side in the kitchen.

However, when he got up the next day for breakfast he discovered that the side was empty and that all of the nothing had completely disappeared.

Prof Bickton said: “At first I thought the cat might have got it and dragged it onto the floor, or into his basket. But after a good look round I realised it was nowhere to be seen.”

The professor said he had searched “high and low” for the nothing, which he described as a huge absence of something containing more emptiness and vacuity than East Kilbride and Milton Keynes combined.

He suspects the void may have been stolen by rival scientists who were annoyed at the fact he had found a nothing when all they could discover were somethings.

And he appealed to anyone in the area who had spotted someone acting suspiciously while carrying what did not appear to be anything to contact the police immediately.

Inspector Bill McKay of Dundee police said he had received reports that an enormous hole had appeared where Arbroath used to be. “My men are looking into it,” he said.