BBC newsreaders perform ‘Smack My Bitch Up’ for Children In Need

BBC newsreaders have reenacted controversial Prodigy video Smack My Bitch Up for the Children In Need appeal.

The team admit that it is not the kind of thing the public are used to seeing newsreaders doing but that filming it was tremendous fun.

Huw Edwards said: “We follow the tequila-swilling, coke-snorting protagonist to a nightclub where they shove their hand up the minidress of Sophie Raworth before punching me, as the DJ, in the face.

“Evan Davis plays the man thrown out of the toilet mid-crap so our character can shoot smack, before heading to a strip club.

“There are dances from Louise Minchin and Dan Walker, the Breakfast team, before the hero picks up leopardskin-clad Kate Silverton, steals a car and heads home for a lengthy POV sex scene.

“Then Kate leaves, the nude protagonist looks in the mirror and we realise it was Fiona Bruce all along.

“We hope it’ll bring in lots of money for Pudsey.” 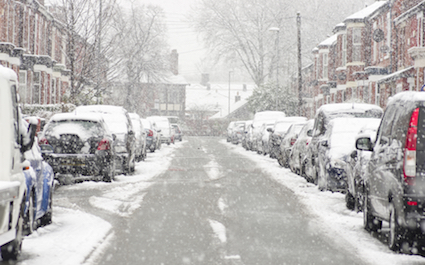 BRITAIN has once again found itself unprepared for snow as it has been since the beginning of recorded history.

Just as our fur-clad forebears in mud-brick houses were shaken to the core by the cold white magic covering the ground, people across the North today found themselves panicked by an inch of snow as if it had never been known in their lifetimes.

Historian Mary Fisher said: “As Chaucer wrote, ‘Snowe? Then thy milke man shal be late on his round as if this hath never byn befor.’

“Being caught completely off guard by an annual weather event is a British tradition which delayed the construction of Stonehenge, caused traffic chaos on Roman roads, and almost called off the Iron Age entirely.

“It’s part of our national character to suffer collective amnesia about snow each year, then to remember actually it’ll be gone by lunchtime.”

Martin Bishop, of Glossop, said: “Snow! But why would the sky-gods punish us this way when we have made sacrifice? How will we survive?