BBC weather forecasts have been scrapped so the broadcaster can show more half-naked young men in rural settings.

The corporation told the Met Office its services were no longer required because it was not a shirtless hunk that can generate huge amounts of free publicity.

A spokesman said: “This is what we do now. This and cake.”

The move was welcomed by licence payers, with many taking to social media to point out the Met Office was not a sexy period drama.

Jane Thompson, from Peterborough, said: “It’s just a bunch of scientists. What a waste of time.”

Emma Bradford, from Stevenage, added: “I realised it’s been years since I watched a weather forecast and fantasised about eating cake off of someone’s bare chest. Enough is enough, Met Office.”

The BBC spokesman added: “Poldark is a hugely important part of Britain’s cultural heritage. It was probably written by Shakespeare.”

Patti Smith's 'Piss Factory' is song of the summer 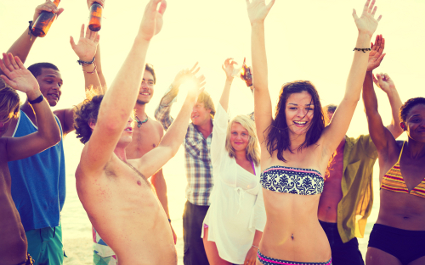 The proto-punk track, which details the avant-garde rocker’s time in a baby buggy manufacturer, has been the soundtrack to everybody’s pool parties, barbecues and long lazy hangouts at the beach.

19-year-old Donna Sheridan said: “Me and my girls have a thing when it comes on the radio, where we all put our left hands together, wiggle our fingers and shout ‘PISS FACTORY!’

“Then we all sing along, harmonising on the bit about ‘that odour rising roses and ammonia, and way their dicks droop like lilacs’.

“I mean I’ll probably be sick of it next year like with Blurred Lines, but it just goes with prosecco and partying in the fading, hazy sunshine so perfectly.”

Music blogger Stephen Malley said: “Every shop you go in, every car that drives past with its windows open, every bar and nightclub, they’re all playing ‘Piss Factory’.

“It’s no wonder the Patti Smith Group’s been booked to play T4 On The Beach, second on the bill to Aston Merrygold.”