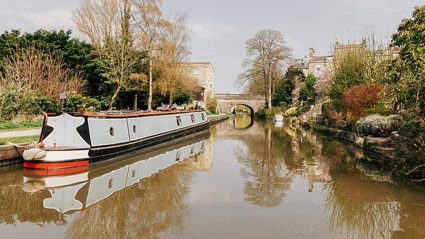 SPLIT-SECOND frames of hardcore gay pornography were spliced into BBC4’s All Aboard! The Canal Boat Trip.

The documentary shows a real-time journey down the Kennet and Avon canal, but as part of the BBC’s covert agenda to turn everyone gay it contains barely noticeable moments of homosexual intercourse.

A BBC source said: “Every 18 minutes there is a single frame from the film Leather Boyz 2: Bear Bar Buddies. It’s so fleeting that you don’t consciously notice it, but it is footage of muscular naked men writhing together in a big heap of limbs and grease.”

Retired Roy Hobbs said: “It’s odd because I thought the programme might make me want to take a barge holiday, when in fact in made me crave intimate contact with thickset bearded men.

“I have been married to a woman for 44 years and have never had gay urges before. In fact she was taken back when I said, ‘I could happily munch a penis right now’.

“But trying new things keeps you young, whether that’s salsa classes, ancestry websites or going to a ‘boots only’ party at a leather bar.” 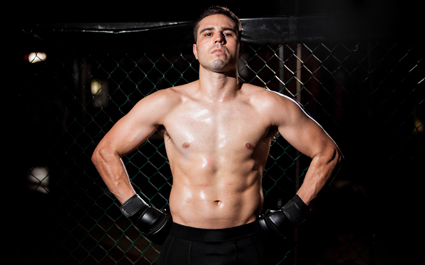 THE biggest dickhead you grew up with is now claiming to be a mixed martial arts fighter.

The Institute for Studies found that the boy you remember from school as being aggressive and cocky, if not especially hard, is now boasting about doing MMA.

Humorless wannabe Martin Bishop said: “Having been to a couple of lessons in MMA at my local gym, I feel entitled to bully people and brag about my hardness.

“Even if I lose every fight I have I can still tell people I’m an MMA fighter and they’re sure to be scared of me.

“Don’t get me wrong, I’m in it for the discipline too – the discipline of pinning someone to the floor and punching their teeth out while the echoes of school bullies taking the piss ring in my ears.

“Anyway I’ve already bought the gloves and shorts so I’ve got to become a fighter now.”

He added: “I like to say, ‘I’m a cage fighter, even though I don’t fight cages!’. Fucking cracks me up.”