THE main stage headliner at this year’s Glastonbury festival will be McDonalds’ new tropical-themed burger, organisers have confirmed.

It will be the first time an instantly forgettable meat product has taken to the festival stage since the Boo Radleys in 1995.

Upside down head of Glastonbury, Michael Eavis, said: “The Tropical Tang Triple Decker with Steeldrumjack Cheese was chosen entirely for its delicious talent.

“Of course we’ve had to move with the times, but Glastonbury retains its maverick spirit. We are still sticking it to ‘the man’, we’re just doing so within the brand perimeters of a globally-recognised convenience food retailer.

“In fact, I’ve heard that ‘the man’ really hates delicious 100% fresh burgers served with an unforgettably zingy sauce in a fluffy bap that’s like a tiny seed-laden cloud.

“So he’s going to be really, really angry about this and will probably fling his bowler hat on the floor and stamp on it.”

The burger, which will be rotating on a dais for 45 minutes, will be supported by some fries and a really, really, really hot tube of goo-filled batter.

Nineteen year-old festivalgoer, Tom Logan, said: “I’ve thought brands were really bad ever since I saw that film about how Marlboro, which is owned by space lizards, built the White House to send negative energy beams into the earth and give the planet cancer.

“That said, I’ll still be going to Glastonbury this year because I’ve made a flag with a picture of a cock on it and I want to wave it around while ripped to the tits on ketamine.” 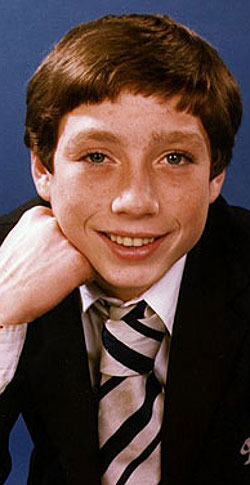 SMALL businesses across Britain could increase their profits by selling loads of stuff to rich bankers, it has emerged.

Economists say that instead of banks being forced to lend arbitrary sums to small businesses that might be shit, the companies could instead try selling goods and services to people who have huge amounts of money.

Roy Hobbs, deputy chief economist at Donnelly-McPartlin, said: “When setting up a company the first two questions you should ask are –  who has all the money and what sort of things do they like to spend it on?

“When you have answered those questions you are well on your way to making one of those things and selling it to rich people.

“It may be paté made from an animal that’s recently met Stephen Fry, it may be a robot butler in the shape of Zammo from Grange Hill or it may be a handbag that’s also a lawyer.

“Or it may just be loads of prostitutes and cocaine.

“After a while the small businessmen will become rich and then other businesses will make money selling things to them.

“Then when everyone is finally making some money the government could tax just a little bit of it so you can have your fucking hospitals, instead of taxing a small number of people a huge amount for the 15 minutes before they piss off to Hong Kong.

“Or, if you prefer, we could all just sit around complaining about how some people have more money than other people and dreaming up projects named after wizards that are obviously a complete waste of everyone’s time.”

A Treasury spokesman said: “Maybe we should have named it after Gandalf. Or Yoda.”