Can you survive an outdoor gig in Wales?

WALES is allowing up to 10,000 people to attend outdoor gigs from Monday. But could you survive the weather and drinking of a Welsh music festival?

You arrive at a wet, muddy field near Abergavenny worried you’re a day late because the site is already a quagmire and the crowd is roaring drunk. No. This is Wales. Gorky’s Zygotic Mynci are performing. You sink a pint of Brains.

The mist hardens into drizzle as a Mexican wave, but violent, sweeps the arena leaving you bleeding and leaning on a Bara Brith cake stall, whose owner suggests you ‘f**k off home’. Super Furry Animals are playing a Welsh language set.

The drizzle hardens into rain as the support stage, which was hosting a DJ set by Cerys Matthews, sinks into the mire along with 3,000 cheering Welshmen waving flags. The mud closes over them without a ripple and nobody is concerned. The Stereophonics are on the main stage and seem angry about it.

The rain hardens into sleet. The mosh pit has become the toilets, and an impromptu rugby match is being played. A druid lurks on the fringes screaming colourful abuse. You sink a 10th pint of Brains. The Manic Street Preachers are performing their most radically left-wing material, to please the crowd.

The sleet hardens into freezing summer hail. Tom Jones takes the stage, aged 80, and prefaces ‘It’s Not Unusual’ with a rant about the English and how ‘we will kick shit out of them’ at the Euros. He adds ‘That fella’s English, he’s only had 15 pints of Brains’ as a spotlight singles you out. You run for your life and vow to only go to fey English festivals where Florence and the Machine are playing and the stalls sell dreamcatchers. 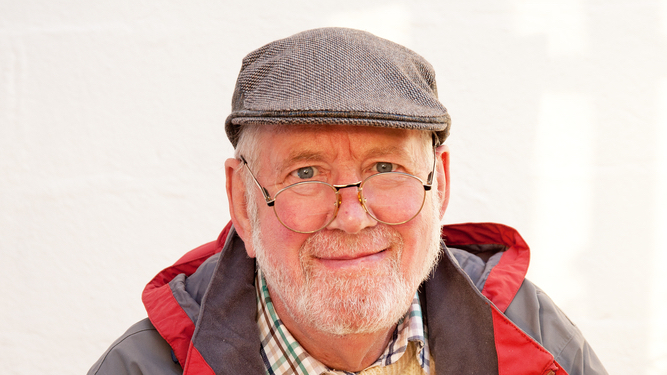 MAINTAINING your Northernness can be a tricky business. Here are six worrying signs that you’re slipping into the behaviour of a soft Southerner.

An absolute no no. Once you deviate from a firm handshake with your old man, who knows where it will lead? Opening up about your feelings? Listening to classical music? Giving him a kiss?

It’s okay to accidentally glimpse a Union game when flicking channels; actually watching one is sacrilege. It’s the reserve of the public school-educated City boy. You like Rugby League, remember? They can keep Twickenham. You have Widnes, Warrington and Hull.

Admitting to liking Sushi should be, at best, a deathbed confession for anyone truly Northern. So next time you’re secretly scoffing down salmon sashimi, think of all the people you’re letting down.

The hardiest Northerners don’t even own a coat, the whole thing being an alien concept. There are exceptions, obviously, and you can wear one if the temperature drops below -4 degrees. Everything up to that, just put on a jumper, you tart.

Ever since that first pint aged 14 down your parents’ local boozer, bitter has been part of your life. Lager, still considered a ‘woman’s drink’ by some very old Northerners, is bad enough but if you’ve developed a taste for lager tops it’ll just be a pint of lemonade next.

A dead giveaway, this one. You’ve lost sight of your gruff regionality so much you’ve bought a house in the commuter belt of Surrey. Sophie is probably a nice woman – don’t get us wrong – but she’s teaching your kids to speak ‘Southern’. It’s so stressful you’ll need to soak in a long, relaxing ‘barth’.