A BOOK has been declared officially worthwhile by clever people.

Less clever people are now scurrying to buy the 832-page tome in the hope of becoming more like the clever people, or at least looking cleverer while they are reading or pretending to read it.

Project manager Emma Bradford said: “I am very exciting about feeling obliged to read the book, whatever it is. I like clever things.

“I love that books make you think, but I hate thinking about which book to read.

“Somehow my instincts always lead me to novels about Cotswolds housewives having affairs with hunky vets, which I know are wrong.”

A spokesman for the Booker panel said: “It’s not about being clever, it’s about quality. Although that’s not to deny we’re clever, because clearly we are. Very.”

Dreams either obvious or idiotic 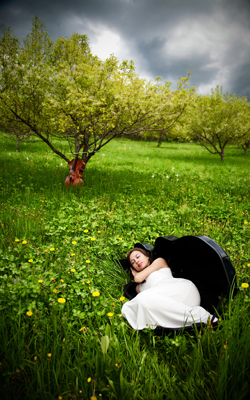 DREAMS have no hidden meanings, it has emerged.

Researchers believe dreams either have no meaning whatsoever or are painfully obvious, such dreaming about pies after eating a pie.

Psychologist Donna Sheridan said: We asked volunteers to describe their dreams in as much detail as they could remember, or until the researcher started weeping with boredom.

Two types of dream emerged. The first was deeply incoherent, like the man who dreamt he urgently needed to buy some food while staying in a vaguely familiar house with his old English teacher and Simon Mayo.

The subject had no strong feelings about food, his schooldays and particularly Simon Mayo, leading our team of respected psychologists and neuroscientists to conclude that it was bollocks.

The other type of dream was about real things like buying a house when youre actually in the process of buying a house, which we termed literal or boring.

Sheridan said the research had led her to reject the popular Freudian theory that dreams have a symbolic meaning, and she now regarded the subconscious mind as a big bucket of nonsense.

Office worker Tom Logan said: Dreams definitely mean something. Recently I dreamt I was in a cave but I couldnt find the way out until Konnie Huq led me to a massive meadow and gave me a Blue Peter badge.

This was obviously a dream about change, so I left my wife and now Im sleeping in my car while I find out if Konnies going to press charges for sending her all those pictures of my cock.