A DAD is delighted to have been proved right about his incredibly obvious TV plot prediction.

Tom Booker was watching dreary generic crime drama Dark Town with his family when he worked out that a character who seemed least likely to be the murderer was, in fact, the murderer.

Father-of-two Booker said: “I bloody knew it! Didn’t I tell you the character Stephen DeVille was up to no good?

“I twigged the second they started playing that shifty music every time he was on screen. I bet you dozy lot didn’t even notice that. It was a clue.

“I also worked it out from the way there was another character who appeared to be the murderer because he was furtive and had a knife. But it’s never the first suspect. I knew that.

14-year-old Emma Booker said: “We all knew Stephen DeVille was the killer and said so several times, but dad couldn’t hear us over the sound of him telling us how clever he was.”

Any chance of a film that isn't for kids or idiots? ask filmgoers 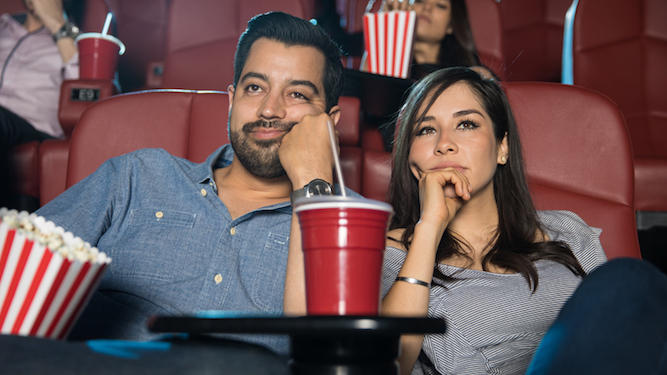 ADULT filmgoers have been wondering if there is any chance studios could produce something that is not the cinematic equivalent of Haribos.

After a glut of superhero franchises, reworkings of children’s books and inane sci-fi, audiences would be intrigued to see a film with some connection to reality.

Regular cinemagoer Norman Steele said: “Just for once I’d like to see a film that isn’t about cartoon CGI wasps that bizarrely tries to tug at your heartstrings.

“It would also be awesome to not see a film in which various superheroes endlessly pummel each other in extreme ways that would surely reduce their insides to mush.

“Believe it or not, there’s a vast audience for films that don’t appeal to your inner nine-year-old but instead your outer 42-year-old who can cope with things that are real.

“Don’t get me wrong, I’m not looking for critically acclaimed four-hour cult masterpieces of North African cinema in which a boy spends the entire film looking for his lost goat, then dies.

“I’d just like to see a film that’s resolved by things that are actually possible, not characters reversing time with the Cube of Krondos, or some other bullshit that’s basically magic.”

Steele then went to his local multiplex and saw a film in which the heroine dangled from a blown-up building 200 feet above a massive inferno, only to be rescued by someone with a long, stretchy arm.