THE vandalism of a Mark Rothko painting is incredibly impressive when compared to the painting.

An anonymous attacker scrawled ‘Vladimir Umanets, A Potential Piece of Yellowism’ on the 1958 masterpiece that took Rothko about three minutes.

A spokesman for the Tate Modern, the new home of 2012’s The Rothko Defacement, said: “It is a curious, yet striking statement.

“Rather than just a series of fuzzy rectangles.” 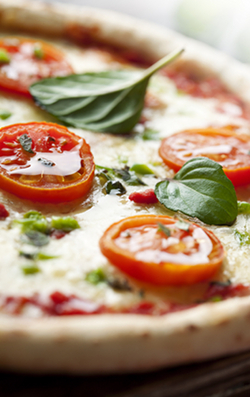 Hunt has adapted the criticism sandwich, used by dreary managers to bury critiques of inconsequential workers during inane personal development meetings, to create a two-tier approach in which both sections are utterly unappetising.

According to Hunt the ‘shit pizza’ can have a variety of awful toppings which, when scraped away, reveal something equally vile underneath.

He  said: I like to combine a thin, crispy base of removing palliative care for the elderly covered with a generous topping of basically calling for abortion to be banned.

I’m currently working on reducing the number of out-of-hours GPs to three, combined with one of my deliciously gooey endorsements of homeopathy.”

Chancellor George Osborne, a huge admirer of Hunts, has also adopted the technique by ruling out a tax on the massive houses of those who caused the economic collapse, while simultaneously taking another £10bn away from poor people who cannot get jobs.

A Treasury spokesman said: “We’re trying to create a quattro formaggio by adding some new way of destroying what’s left of the pensions industry and a tax on cheese.”