EVERYONE on television and radio is just some fucker trying to get you all worked up.

Researchers found the major broadcasters are no longer interested in talking to anyone who is not a deliberately provocative idiot.

Professor Henry Brubaker, of the Institute for Studies, said: “For example, David Starkey knows a lot about Henry VIII’s bowel movements, beyond that he’s basically a cretin.

“The BBC puts him on the radio every bloody day because they think that getting you annoyed for no reason is the same as doing journalism.”

He added: “I’d recommend the soothing sounds of Radio Three but Starkey’s probably there, between the symphonies, saying something ‘controversial’ about Pakistanis.”

Jane Thompson, from Peterborough, said: “I can’t escape it. I listen to the TV or radio and get really angry and before I know it I’m on Twitter denouncing some professional arsehole, like it actually matters.

“Jesus wept, what the fuck am I doing with my life?”

Money saving tips ‘cause you to die alone’ 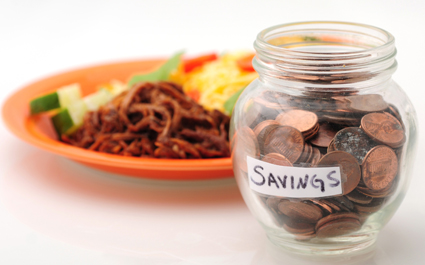 DEVOTING your life to money-saving tips will cause you to die alone and unloved, experts have warned.

Relationship experts have found that it is impossible to love someone who is constantly hoarding ‘25p off’ coupons and rationing the use of the tumble dryer.

Counsellor Donna Sheridan said: “There’s a line between ‘sensible’ and ‘weird’, and saving three quid by buying Christmas crackers in January crosses it.

“Nobody wants a person like that in their life.”

Miser Tom Logan said: “You’d think women would be attracted to money-saving men because they’d look after their family’s finances. Although I don’t want kids because toys are expensive plus you have to heat another bedroom.”

Fellow scrimper Mary Fisher said: “Not one person has responded to my internet dating profile. Maybe under ‘interests’ I shouldn’t have put ‘collecting Domestos coupons’.

“I was engaged to a lovely man  but we split up when I found him throwing away slivers of soap instead of squishing them together to make a new, slightly hairy bar.

“I wonder if Martin Lewis is single? I’d look on the internet but the neighbours have changed their password.”