Five types of twat who are never off the telly

THERE are some types of twat who appear on every panel game, discussion programme or reality show going. Here are five offenders you’ll definitely recognise.

The quiz show twat turns up on every game show that requires them to answer nerdy questions, from Pointless to Eggheads. Rather than just taking part in a televised game for fun, the quiz show twat is an obsessive who won’t rest until they are reigning champion of Countdown for the fourth time.

The pandemic has been a boom time for this type of twat. We’re not talking genuine medical experts such as Chris Whitty, but rather the type of ‘celebrity doctor’ who gave up medicine after three months and now appears on This Morning urging viewers not to lick bus windows or snog their nan.

These twats appear on every ‘serious’ topical programme going, but Newsnight is a particular favourite for gobby politicians and commentators who want to patronise ordinary people or share their lunatic opinions. However, they all give Good Morning Britain a miss as Piers Morgan is far too challenging.

These twats are usually posh people who once saw Prince William from a long distance at a garden party and now think they have a unique insight into his mind and marriage. Though they talk about Wills and Kate as if they’re close personal friends, they’d be shot by a sniper if they got within 20 feet of them.

Worried that your issues-based panel show will be a bit dull? Invite some divisive idiot on to share their horrible opinions and create unnecessary controversy, for example, Nigel Farage talking about transphobia. It will be so vile to watch that the edited clips will go viral. Result.

Most important relationship in family's life is with internet router 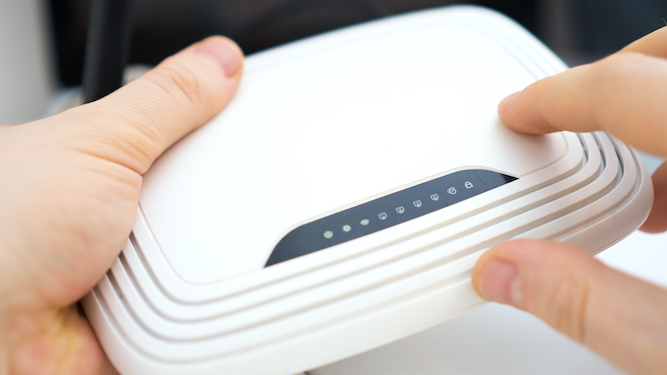 A FAMILY of four have confirmed they cherish every moment they spend with their high-speed wireless router.

The Johnsons have had the router for six months after upgrading their broadband to superfast fibre optic and credit it with holding them together.

Mum Francesca Johnson said: “Forget sitting down to eat every evening or being able to share your feelings: high quality wifi is the foundation of a happy family life.

“What matters most to us is that we can all be on our devices at the same time while enjoying a fast and uninterrupted connection. It’s either that or we’ll kill one another.

“Like any relationship, it takes patience to get through the hard times with a router. If it starts playing up, I take a deep breath and press reset, which is actually much easier than dealing with the children when they’re being twats.”

Husband Martin Johnson said: “That router knows everything about me, from my spiralling gambling debts online to my many chats with hot women in my area, and I have never felt any judgment. I love it deeply.”