A MAN who decided to make the leap from pretend olde worlde music like Mumford & Sons to actual folk songs desperately wishes he had not.

Tom Logan, 32, has tried his hardest to enjoy traditional English tunes but found they made him want to listen to almost anything else, including power drills and babies crying.

Logan said: “I do a boring office job and haven’t got much of a personality so I thought liking folk music would make me seem authentic and interesting, but it’s just so horrible to listen to.

“Why does everyone sing with a pretend West Country accent? Why do they choose the most annoying instruments to play? Why are they obsessed with life on the railway 200 years ago?

“I wish I could love the songs of my forefathers but it’s all so po-faced and earnest. Also no one should have to hear a recorder again once they’ve left primary school.

“If our national music is this twee, twiddly diddly nonsense we deserve to be shafted by Brexit and left alone on our weird little island singing about unlucky peasants being hanged.” 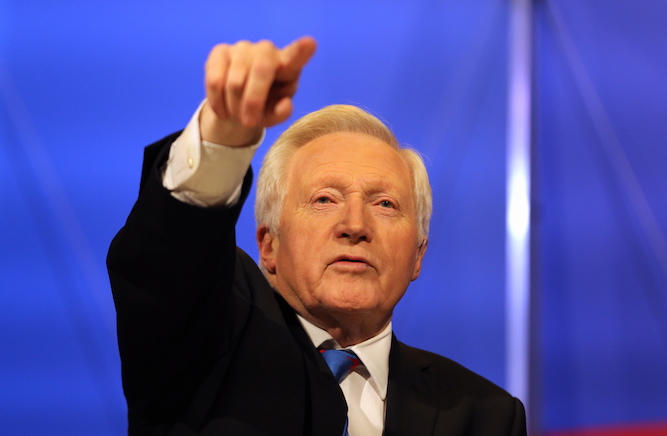 DAVID Dimbleby has looked back at his 25 years in the Question Time chair and realised it was a complete waste of time.

The broadcaster originally thought he was bringing Britain together for stimulating political debate, but now admits he could have hosted a live weekly chimps’ tea party for all the good it has done.

“I’ve spent a quarter of a century directing cross-eyed taxi drivers’ incoherent questions about bringing back hanging to cringing Lib Dems, when I could have got pissed on Thursday night like everyone else.

“Nobody watches it. The twats who do are just looking for clips reinforcing their views they can circulate on Twitter. I doubt I’ve changed a single mind, although I may have made some people more rabidly right-wing.

“I started this when the Tories were hopelessly split on Europe, Labour incapable of winning elections, and Britain was up shit creek. Plus ca bastard change.

“Good luck to Fiona Bruce. At least she’s got experience of telling deluded grey-hairs that what they’ve got is worth absolutely nothing.”