How to pretend you've seen The Sopranos

WITH the prequel hitting cinemas, there’s never been a more crucial time to claim you’ve seen The Sopranos. Here’s how:

The Sopranos lasts 100 hours and, like Deadwood and the rest, probably isn’t that good. Why not read episodes breakdowns in the office instead? Pro-tip: 95 per cent of Sopranos conversations appear to be about Pine Barrens, so watch that one on 2x speed while you’re reading.

Moving the conversation towards other elite dramas allows the other person to say ‘Yeah but what about when Tony killed that guy while wearing a dressing gown’ while you counter with classic scenes from Breaking Bad or The Wire. And you don’t have to have seen them, either. You wish they’d bring back Take Me Out though.

Have a punt on some character names

The Sopranos has a rich well of character names eg Paulie Walnuts, Artie Bucco and ‘Big Pussy’ Bonpensiero. So if lost in chat throw in some random names, see if they stick, and watch fans nod along pretending to remember Giuseppe Gorgonzola, Bobby Calcio or ‘Eyebrows’ Esposito.

Bang on about the ending

The final scene of the show was apparently controversial? If about to get rumbled, ask what everyone thought of it and agree. It could be Carmela waking up to find Tony in the shower because it was a dream for all you know, but style it out.

Throw in some Italian

The colourful language and phrasing of The Sopranos really builds the show’s world, probably, you haven’t seen it. Drop in some goomba slang and fans will leap to pretend to be Mafiosi because really that’s why they watch it. What have you got to lose, ya gavone? 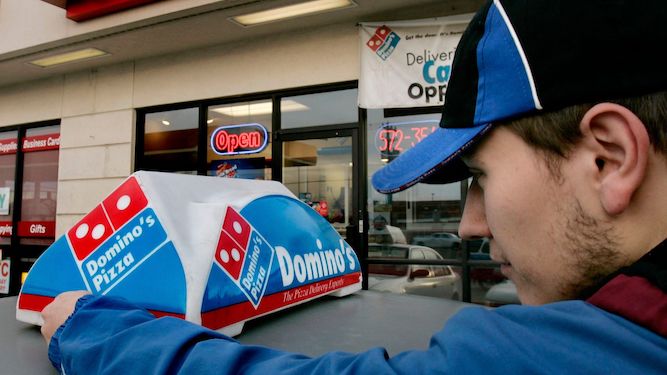 THE government has conceded that Domino’s drivers are key workers and should be given priority access to fuel.

Domino’s drivers will be allowed to jump queues at petrol stations, like healthcare workers and social care staff, because otherwise the nation faces the real risk of eating something without a stuffed crust.

Transport secretary Grant Shapps said: “Domino’s drivers put their lives on the line every damn night for us. We owe them.

“With panic buyers snapping up pizzas they don’t need on Two For Tuesday, drivers need all the help they can get. We’ve got military personnel on standby to dish out garlic and herb dip if needs be.

“Ambulances, police and anyone just trying to get the kids to school won’t mind making way for these servants of a hungry nation. Also any Foxton’s Minis.”

Housing secretary Michael Gove was later filmed filling up at a south London garage with one of those wedge-shaped Domino’s delivery things affixed to the roof of his ministerial Mercedes.