A MAN who lives in London has admitted to his northern parents that he paid £55 for a ‘cinema experience’.

Tom Logan, originally from Sheffield, paid to see Secret Cinema’s presentation of Blade Runner, which seemed like a fine idea until he explained it to his 65-year-old father.

Gordon Logan said: “You bloody what? For that one with Han Solo and the German lad from the Guinness adverts?

“Never seen it on the big screen? I’ve been round your flat. The telly takes up half the bloody wall.

“Dress up? Who dresses up? You dress up? What as, a Japanese? Shouldn’t be doing that. They say it’s racist.

“Fifty-five quid for a film. I knew this would happen when you moved that bloody awful place.”

Tom Logan added: “I tried to explain to him that it was a ‘cinema experience’, but was ultimately forced to agree that I was ‘talking out of my arse’.”

Woman who lives for weekend has another shit weekend 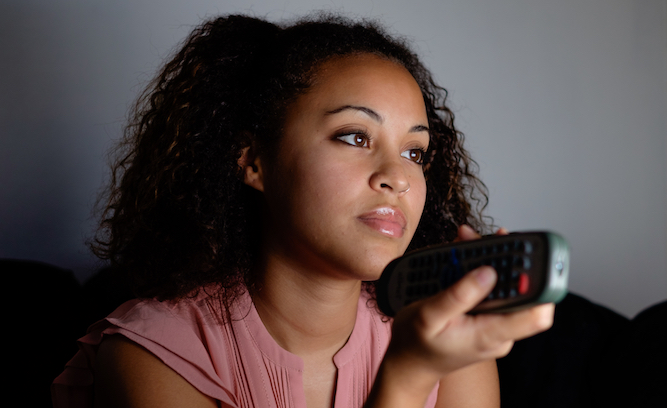 A WOMAN who lives for the weekend has had yet another dreadful weekend, she has admitted.

Emma Bradford, who works in low-paid temp jobs because she only cares about having absolutely legendary two-day breaks, stayed in, watched a film, and stayed in again.

She said: “I spend all week counting down to Friday, saying ‘three days!’ to all my colleagues. It’s basically my mantra. Everyone in the office loves it.

“I was so hyped – girls’ night Friday, mate’s bar opening Saturday, big date Sunday – that work even let me put my party playlist on. And leave 15 minutes early if I promised to tell them all about it on Monday.

“But when I arrived only two girls had shown up, and they were the shit ones. They only managed two drinks before they had to go early, so I was home on the settee on my own by 9pm.

“The bar opening got cancelled so I ended up watching the new Star Wars with my dorky brother, and the date didn’t happen because I’d tried to get him out on Friday night and then called him a ‘boring, dickless bastard’ when he said no.

“I don’t know what I’ll tell the office. Probably make something up. Oh well, five days to Friday!”