If only there were a precedent for spotting predatory DJs, says BBC

TIM Westwood’s alleged misconduct might have been prevented if there were another big name predatory DJ the BBC could have learned from, the broadcaster has said.

The BBC has stated it is ashamed and disgusted that it might have let a prominent DJ get away with claimed sexual misconduct, and wishes there was some sort of famous case study it could refer to.

A spokesperson said: “Tim Westwood was a popular presenter with a unique, larger-than-life style. As far as knowing how to handle this situation, we’re in uncharted waters.

“He made people’s dreams come true in his TV show where he converted shit cars into even shitter cars, and rumours about his behaviour have been swirling around for decades. Fortunately celebrities never misuse the glamour of the music scene. It’s just unheard of.

“Perhaps the best thing to do is to get Louis Theroux to produce a documentary which humanises him. He could visit Westwood in his home and get an insight into his everyday life. I know, it’s a crazy idea, but I’m just brainstorming here.

“Or maybe we could wait until he dies before we start taking these allegations seriously. We’ll have a long wait and it’s not a perfect solution, but hopefully it’ll ensure this sort of thing never happens again.”

GB News vs TalkTV: Which reactionary right-wing televisual shite will you prefer? 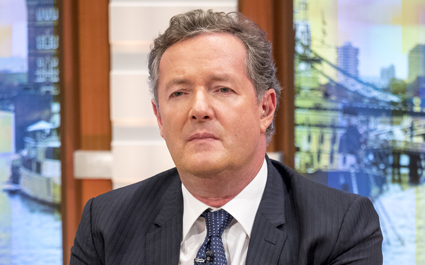 WOULD you prefer to see Piers Morgan being a gobshite or Nigel Farage being a tosspot? Take our quiz and find out which of these terrible new channels is for you.

Do you pretend you don’t secretly think fascism sounds like a good idea?

A) Yes. I pretend I just want a bit of common sense back in this country, before quickly sliding into my usual batshit opinions about putting woke people in camps as soon as I feel comfortable enough.

B) No, I’m out and proud about how much I hate foreigners, gays, women and anyone I consider to be dangerously left wing, like Boris Johnson.

Do you prefer American-style glitz to traditional old-school British crapness?

A) I love a professional-looking show with loads of zippy graphics, like Fox News, the channel which is trying to single-handedly save America from Marxists.

B) Absolutely not, it’s a load of fancy nonsense that distracts from important news stories about Nigel Farage shouting at the RNLI through a megaphone.

Do you hate wokeness?

A) No. I’m not against people having opinions. I just don’t want them showcased on television because they’re wrong. Julia Hartley-Brewer says so, okay?

B) Yes, but the truth is that I’d be sad if it didn’t exist as I’d have to get another hobby aside from being incandescent about made-up shit all the time.

Do you think Piers Morgan or Nigel Farage would make a better Prime Minister?

A) Piers for sure. He’s a stand-up guy, aside from all that business about phone hacking celebrities. But they probably deserved it for being liberal, tree-hugging, BLM kneelers.

B) Farage because he would deport anyone who isn’t English and heterosexual to France where they belong, the perverts.

Do you have any interest in the actual news?

A) No, I just want to see annoying twats moaning about bullshit.

B) No, I just want to see annoying twats moaning about bullshit.

Mostly As: You’ll enjoy the swanky sets and top media stars offered by TalkTV, before quickly becoming disillusioned when no one suggests the RAF strafe dinghies as a solution to the refugee crisis.

Mostly Bs: You’re more suited to the shoddy sets, bad lighting and gammon-baiting opinions of GB News, which is essentially like watching Acorn Antiques staffed by the BNP. Enjoy it while it lasts.