ALL of Jennifer Aniston’s romantic comedies take place in a single coherent universe, it has been revealed.

The films, all of which feature a clumsy heroine unlucky in love until she realises Mr Right was under her nose all along, have beaten the Marvel films into a distant second place as the largest shared universe in cinema.

Producer Mary Fisher said: “Picture a girl, ditzy, confused, with love to give but an inability to commit. Sound like anyone you know?

“What the films don’t show is that after every relationship doesn’t work out she changes her name, moves to a new city and never mentions her former identity again.

“Polly Prince of Along Came Polly becomes Sarah Huttinger of Rumor Has It becomes Katherine Murphy of Just Go With It, each condemned to an eternal, lonely search like the Ancient Mariner of singledom.”

Relationships to be privatised 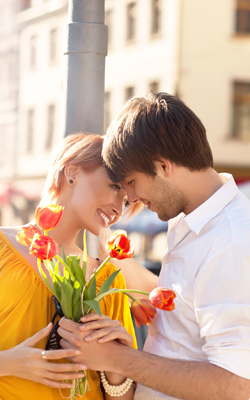 ALL romantic relationships will soon be provided by private companies, the government has announced.

Companies such as Serco and Atos will supply all aspects of the UKs relationships, ranging from first dates and passionate affairs to sexless aged companionship.

A pilot scheme has been launched in which relationship-seekers pay £250 a month to cover administrative costs, and are then put in touch with their true love or nearest equivalent.

Sales executive Stephen Malley said: My date from G4S was attractive, bubbly and well-dressed, but unfortunately was also my own mum who got divorced last year.

When I rang up to complain they kept me on hold for three hours then said it was my fault for not specifying no relatives.

Lecturer Donna Sheridan said: I wanted a long-term relationship with a non-smoking graduate who likes classical music, but they sent me a gang boss called G-Man who spends all day arranging to have people killed.

Also hes not the slightest bit interested in Mahler.

The government admitted there had been teething troubles and said it was now paying relationship providers an extra £380 billion to iron things out.

Accountant Nikki Hollis said: Serco arranged for me to get married, but when the big day arrived theyd run out of grooms so I had to marry a mop.