Keith Richards To Write Story Of His Life As A Beatle

ROCK legend Keith Richards is to write his memoirs, filled with intimate details of his life as a member of The Beatles.

Richards, 63, said the book would describe his first meeting with songwriting partner Paul McCartney when both were at school in the Yorkshire mining village of Manchester.

However, history would only be made when the quartet met up with Mick Jagger and John Lennon, both then studying art at the London School of Economics in Liverpool, to form the pop group that what would soon become known as the Fab Two.

Richards said: “I also have a very clear memory of writing the rock opera Tommy in our digs in Bamburg, the Dutch seaside town where we really cut our teeth as a live puppet act.”

The guitarist is to spend the next two years researching his own life and ensure he is not actually writing a book about someone else.

He added: “We had some major artistic differences, particularly over a song I had written called Lady Eleanor Rigby.

“Paul wanted to use a really intricate string quartet arrangement mixed with samples from Enrico Caruso and Dame Nelly Melba and I wanted to spend the weekend in St Tropez licking acid tabs off the top of Princess Margaret’s head.

“We compromised and recorded Paul hoovering up a yard of coke off the naked bum cheeks of Marianne Faithful, slowed it down, played it backwards and used it as the finale for I am the Yellow Submarine. It was cool.”

Later sections will reveal how Richards quarrelled furiously with George Harrison’s mother Yoko Ono and how Mick Jaggerâ€™s insistence that he was actually in the Rolling Stones eventually led to the break-up of the best loved band in the world.

92% Of English people think all Scottish people know each other 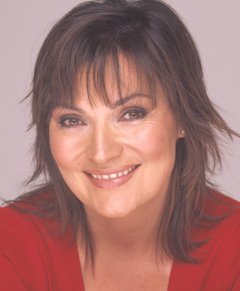 Institute spokesman Wayne Hayes, said: “A typical scenario will be at a party when a Scottish person is introduced.

“Within moments he or she will be asked if they know ‘wee Tommy from the glen, used to take us fishing, lovely chap, quite a temper, four foot six, smelled of poo, you must know him.'”

Hayes added: “Another typical comment would be, ‘you sound just like Alan Hansen, I suppose you must have been in jail together at some point.'”