LARA Croft: Shoplifter shows the character as a teenage thief nicking eye liner from Boots, it has emerged.

The latest game to feature the iconic character is a prequel showing how the young Lara developed the stealing skills that would make her a famous relic-lifter.

An Eidos spokesman said: “Like most teenage girls, Lara was into getting the ‘five-finger discount’, especially from Boots and The Body Shop. Eyeliner, face cream, batteries, whatever she could get up her sleeve.

“But her exceptional athleticism and ability to somersault over security guards made her stand out.

“The other kids at school would give her lists, not just the girls but she would also nick Lynx deodorant and comics for the boys. Sometimes even fags.”

Shop Lifter follows Lara on a nicking spree around Swindon high street, and features a controversial scene where she is forced to flirt with a creepy store manager so he won’t ring her dad.

34-year-old Lara Croft fan Tom Logan said: “She is 18 in this, right? I’m just curious. I mean, it could affect gameplay dynamics.”

The new prequel has re-ignited the debate over whether Lara Croft or Ms Pac-Man is the key feminist video game character.

Games historian Nikki Hollis said: “Ms Pac-Man entered the patriarchal world of mazes and tackled the ghosts on her own terms.

“She was just as good as Pacman, in fact almost identical because I don’t think the programmers could be arsed to change much.”

UK health record paves way for new round of bothering you 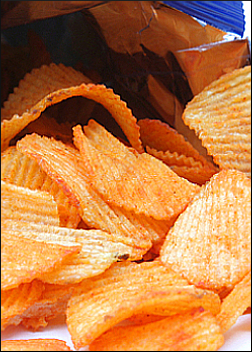 THE UK’s health record will lead to a new era in being bothered constantly.

Statistics show the UK is falling behind other European countries at not ignoring doctors or creepy government health campaigns.

Now the government has pledged to reverse the trend by giving more money to doctors and commissioning a series of creepy health campaigns.

Health secretary Jeremy Hunt said: “We’re also going to need lots of new laws about food and alcohol and tobacco that will be devised by people with a form of OCD that can only be described as ‘raging’.

“It is going to be unbelievably annoying. Don’t you just hate it here? Still, what are you going to do about it? A big fat nothing, that’s what.”

He added: “I’ve commissioned a poster that shows a healthy young woman with dead eyes doing a star-jump and the slogan ‘Love your heart’. But the words ‘love’ and ‘heart’ will just be heart shapes. It is going to be absolutely everywhere.”

Dr Julian Cook, a public health expert, said: “We want everything to be insanely expensive, except for this bag of apples. You will all have to fight over the bag of apples.”

The new laws will include a statutory right for doctors to phone you continually in the middle of the night, shouting at you about crisps, before you finally just rip the phone out of the wall and lie there seething in the dark until it is time to get up.