London to have its own national anthem

LONDON is to have its own national anthem to mark its status as an entirely separate place from England.

It is hoped the anthem will stem the mass exodus from the city to obscure parts of Wales, prompted by recent newspaper opinion pieces.

Norman Steele, chairman of the Anthem For London Committee, said: “We want a National Anthem whose verses celebrate all that London has to offer.

“Its menus that say ‘4.5’ instead of £4.50 for something that should actually cost £1.50; its diversity of colourful estate agents and the fact that you can drive for a full hour out of the city before you see a cow.”

An initial attempt at an anthem features Dizzee Rascal rapping about postcodes over an arrangement of Vaughan Williams’ The Lark Ascending. 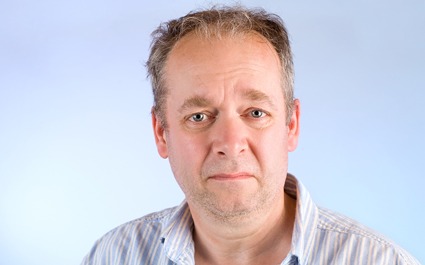 COMPLETE nobody Roy Hobbs is demanding tough action be taken against Greece.

Hobbs is keen to see all Greeks punished, even though it is unclear how Greece’s economic problems have affected his life as a bakery supervisor in Wolverhampton.

Hobbs said: “The thought of the Greeks deciding to spend, spend, spend in a way that makes sod all difference to me makes my blood boil.

“A country’s economy is like a piggy bank. You can’t build roads and hospitals if you haven’t been putting coins in the slot. They need to be taught a harsh lesson. Only then will I be satisfied.”

Hobbs said Greece could learn from his own careful money management, such as writing down all the country’s expenditure in a notebook, even if it was small things like buying a Cornetto ‘because it all adds up’.

Hobbs’ colleague Nikki Hollis said: “I suspect the Greek financial crisis makes Roy feel less insignificant, because the only thing he’s ever achieved in his pitiful little life is being a tightfisted bastard.